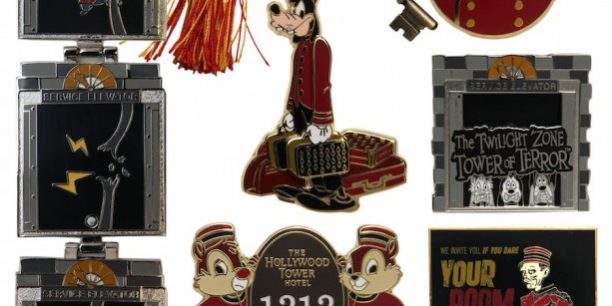 As part of the new Hollywood Tower Hotel authentic merchandise line, new pins will be dropping in at Disney Parks!

These pins will be available at Disney parks on each coast where the Tower of Terror attraction stands. That’s Disney’s Hollywood Studios in Florida and Disney California Adventure in California.

Here is a look at some of the awesome new pins: 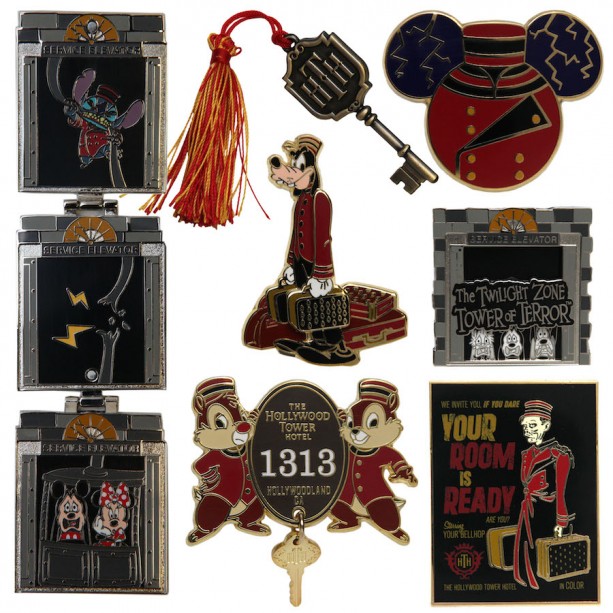 I am super excited about these pins because I am big Tower of Terror fan and I love collecting pins related to the Hollywood Tower Hotel. The bellhop character design on the bottom right is my favorite! I really like the new line of products branded to this attraction. It is very similar to what Disney has done with the Haunted Mansion specific merchandise.

These pins are open editions and will be available in the gift shops at the Hollywood Tower Hotel. The release date is Friday, February 13, 2015. How fitting!

The Disney Design Group artists behind this collection will be at Tower Hotel Gifts inside Disney’s Hollywood Studios at Walt Disney World® Resort from 4:00 p.m. to 6:00 p.m. on February 13, 2015.

Will you be adding these pins to your collection?