New 2014 Merchandise Has Arrived at the World! 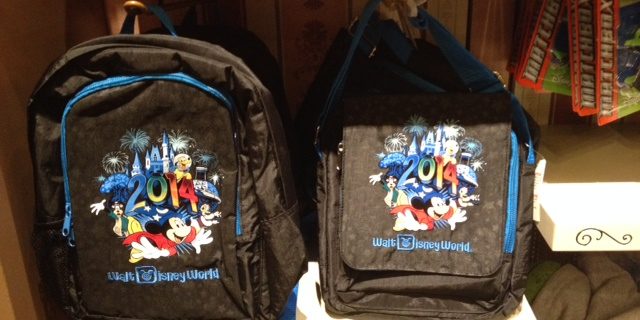 It’s hard to believe, but another year is coming to a close. 2014 is just around the corner, and that means all new 2014 merchandise is starting to arrive at Walt Disney World.  On a recent trip to the Magic Kingdom, I went to the Emporium to scope out the new merchandise that is slowly making its way onto the shelves.

Since it is a little chilly outside, there are many different sweatshirts and jackets from which to choose.  There are a few different generic 2014 sweatshirts that are gray and decorated with the fab five.  In addition, the ladies’ version of the 2014 sweatshirt is very similar to the 2013 version.  Sorcerer Mickey must have been very popular last year because he is front and center on this year’s sweatshirt too.  Also, the color of the sweatshirt has remained white with some embroidered accents throughout.  There is a pink lining and multi-colored stars adorn one of the sleeves.  It is definitely cute! Another jacket that can be for men or women is a blue track jacket that has a small Walt Disney World “D” logo on the front pocket as well as an embroidered Sorcerer Mickey on the back.  Printed in bold under Mickey are the words, “Walt Disney World.”  I like this jacket better than the women’s sweatshirt because I think that it is warmer and the Sorcerer Mickey is a huge part of the design.  I am also a sucker for anything with the old Walt Disney World “D.” 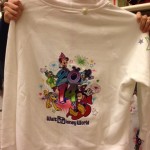 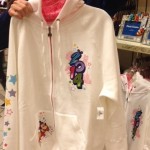 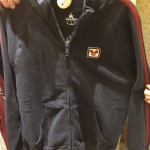 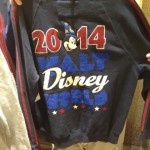 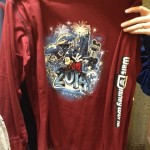 In addition to jackets, there are also several shirts out with the 2014 logo.  Again, there are the generic 2014 shirts, but there are also some shirts with an excellent Sorcerer Mickey themed graphic.  You can refer to the pictures to get an idea of this design, which seems to be the main theme for 2014.  There are also cross-body bags as well as backpacks that echo some of the designs from the shirts and sweatshirts.  If you remember last year, Disney asked guests to vote on a design for 2014.  The winner is a Mary Blair inspired version of Cinderella Castle that is done in very bright colors.  This design can be found on a white shirt as well as a limited edition watch.  The recent attention to detail in the yearly merchandise has definitely been a positive trend at the Disney Parks. 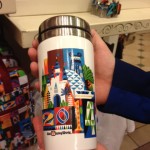 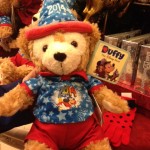 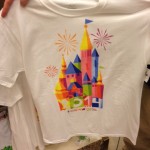 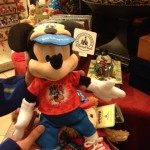 For me, the real winner this year is a print that reminds me of some pieces that Shag has done for Disney in the past.  This print repeats boldly colored artwork of the icons of the four theme parks.  Words don’t do it justice, so just take a look at the photos.  There are phone wristlets, iPad cases, and a laptop case in this print.  There is also a tote that features part of this design as the focal point of the bag.  I wish that they had made this print into one of the Le Sportsac bags or one of the Dooney and Bourke bags too.  This artwork has also been translated into keychains, magnets, and even Christmas ornaments.  I think this print is the real winner of the 2014 merchandise. 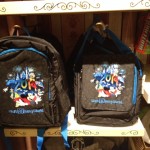 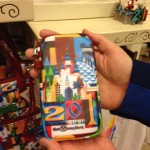 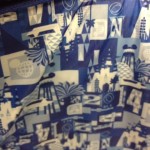 Inside of Laptop Bag 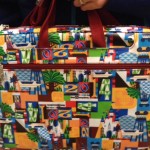 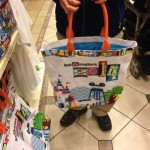 I am sure that more 2014 items will continue to come out as the New Year actually begins in the next few weeks.  I can’t wait to see what other merchandise Disney will create that will make me want to hand over my next paycheck!