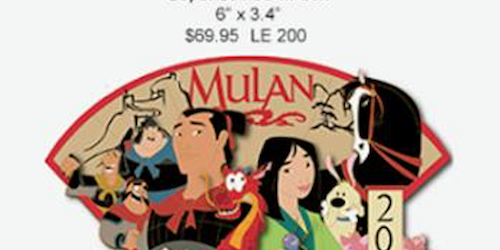 Here is a look at the Mulan 20th anniversary super jumbo pin release at Mickey’s of Glendale! Retail price is $69.95 and the LE size is 200. Available only to Disney Cast Members. 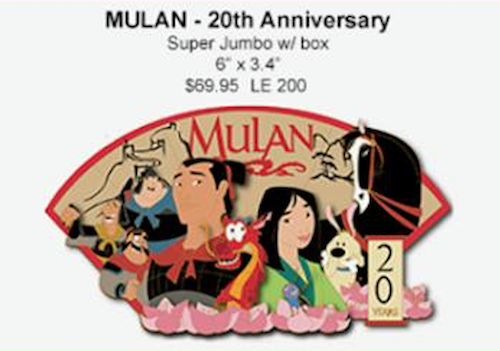