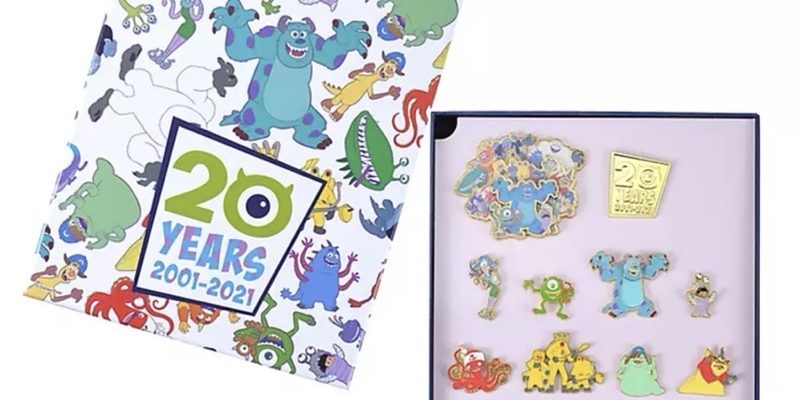 Here is a look at the new Disney Pixar Monsters, Inc. 20th anniversary pin set at Disney Store Japan! The retail price is 13,200 yen, and released in October 2021.

There are 20 pins in the box with the anniversary logo. The biggest pin that stands out is a large collection of 20 characters in honor of the 20th anniversary! In addition, this year’s unique anniversary logo design and a die-cut pin with a mechanism to move the face and hands are also included in the set.