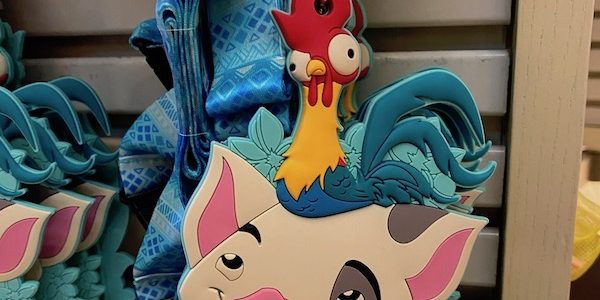 Another new Card Holder Disney Lanyard has been added to the line up at Disney Parks! This Moana themed lanyard was spotted at the World of Disney store at Disney Springs.

The large rubber pendant (card holder) features Pua and Hei Hei. The retail price is $17.99 per lanyard. Released in June 2020. Here is a closer look.

In case you missed it, there is a new Monsters University lanyard that just released as well.