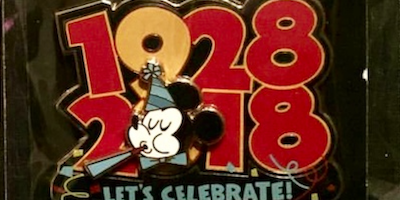 Here is a look at the Mickey Mouse 90th Anniversary Cast Member Pin! It is a limited release. 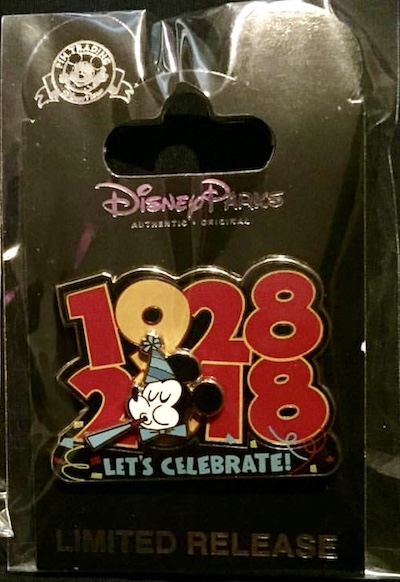 This pin features the years of 1928 and 2018 with the 90 highlighted in yellow. The Mickey Mouse element is a pin-on-pin design. The bottom of the pin reads Let’s Celebrate!

Released at Company D Cast Member stores on November 18, 2018, which was his official birthday.

Pin Trading Board Outside Disney’s Pin Traders at EPCOT
July 18, 2020