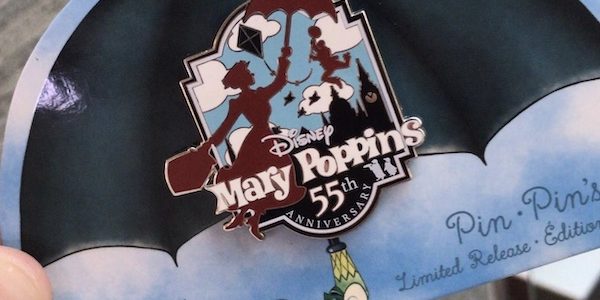 Here is a look at the Mary Poppins 55th anniversary pin at Disney Store! It is a limited release and the retail price is $12.95.

It features the silhouette of Mary Poppins, Bert and the Penguins. The bottom reads: Disney Mary Poppins 55th Anniversary. It comes on a themed backer card that resembles Mary Poppins umbrella.