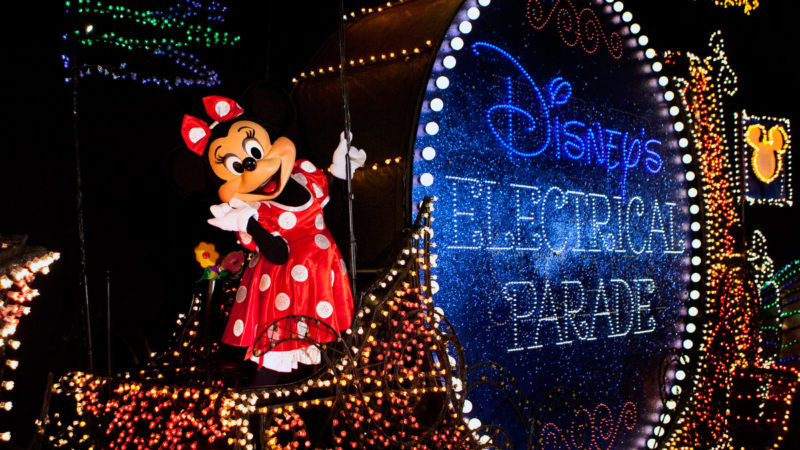 The good news is that this beloved nighttime parade is heading to Disneyland® Resort for a limited time! Paint the Night parade will be ending on September 5, 2016 and MSEP will arrive in early 2017.

Make sure to pick up your Main Street Electrical Parade pins while they are still available at WDW!

The quintessential Disney Parks nighttime parade, the Main Street Electrical Parade began at Disneyland park in 1972, shining brightly in the memories of thousands of Disneyland park guests until the end of its initial run in 1996. It returned to the Disneyland Resort as Disney’s Electrical Parade, bringing magical Disney stories to Disney California Adventure park from 2001 until 2010, when it crossed the country to begin its most recent run at Walt Disney World Resort.

What do you think about the MSEP leaving WDW? Leave a comment below!