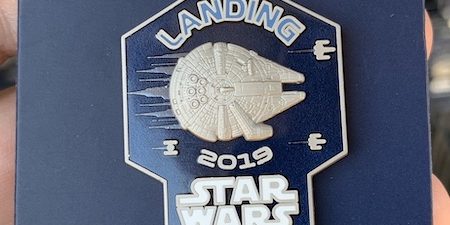 Here is a look at the FIRST Star Wars Galaxy’s Edge Cast Member Pin at Walt Disney World® Resort! It is a limited release.

It features the Millennium Falcon and reads “Landing 2019” with Star Wars Galaxy’s Edge and Walt Disney World at the bottom. The back of the pin has two pin posts and reads: Disney Theme Parks Cast Exclusive.