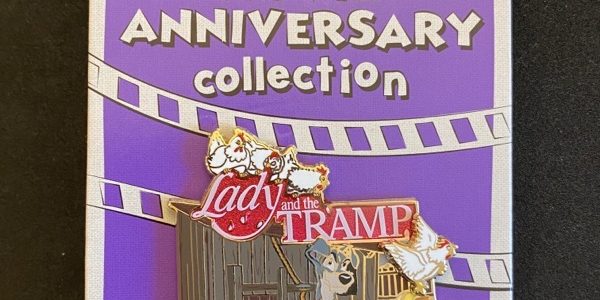 The design features Tramp and Lady with the movie logo at the top and the 65th anniversary pin-on-pin at the bottom. Gold tone finish.