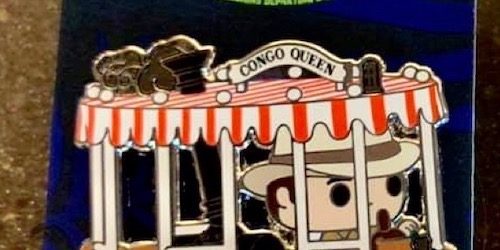 This pin features a Skipper in the attraction boat that reads “Congo Queen” at the top.