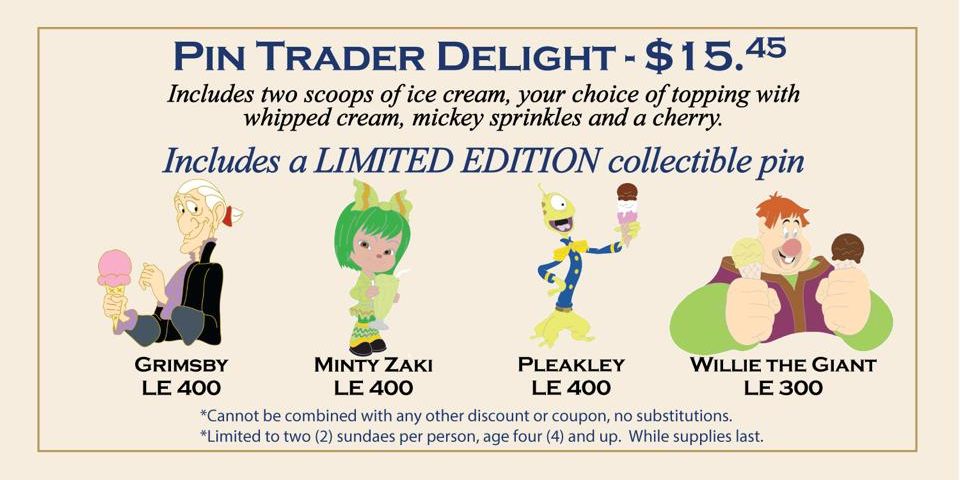 On Friday, January 30, 2015 the Pin Trader Delight pins flipped at Disney Studio Store Hollywood. There was also an awesome pin release on Friday! 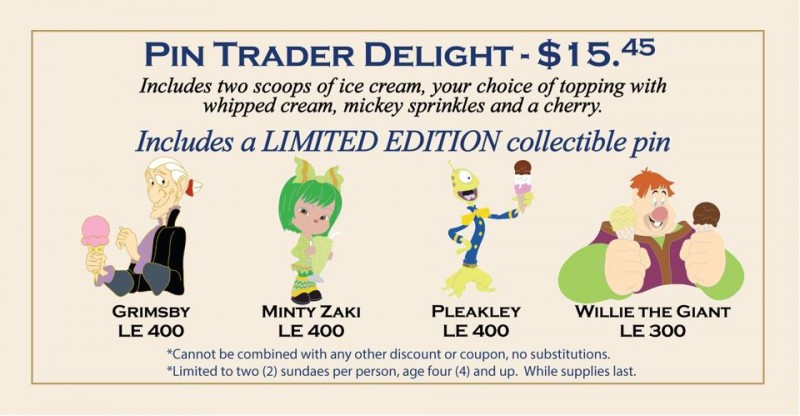 As of January 30, 2015, the Grimsby, Minty Zaki, Pleakley and Willie the Giant are available. The edition sizes are below each pin. Which one is your favorite?

There was also a surprise pin release at Disney Studio Store Hollywood! This pin was released during the other clapper pin releases. It features King Candy and Sour Bill. 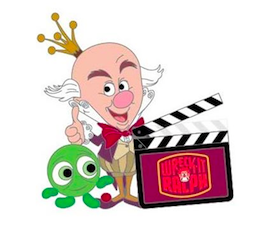