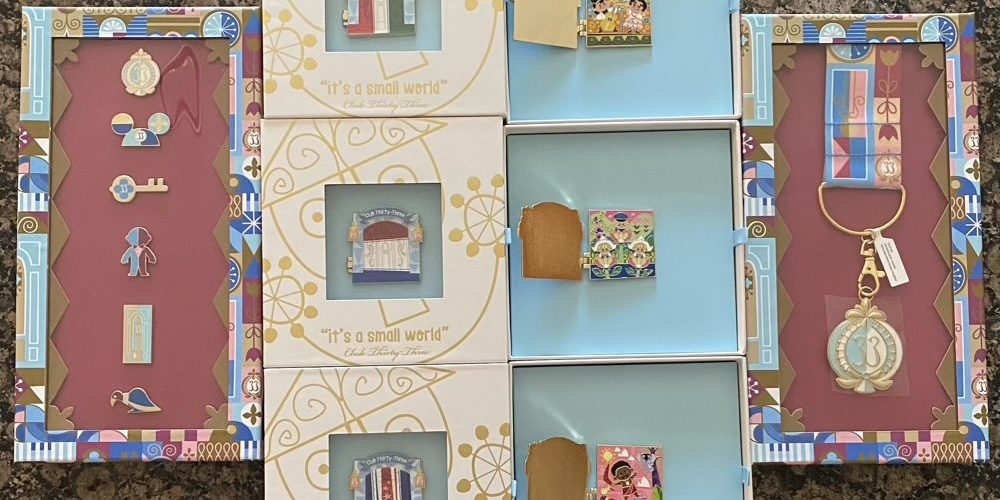 Here is a look at the new “it’s a small world” 55th anniversary pin series at Club 33! Released in late September 2021 at Disneyland’s Club 33 private restaurant.

They are all limited edition, but the edition size is not specified. First up we have the country pins which feature Mexico, Holland and Australia. They are hinged pins and come in a collectible box. The retail price is $35 each.

Next is the limited edition pin set. It includes six pins and the retail price is $65.

Finally, there is “it’s a small world” 55th anniversary Club 33 lanyard with charm as well. Limited edition and the retail price is $45.