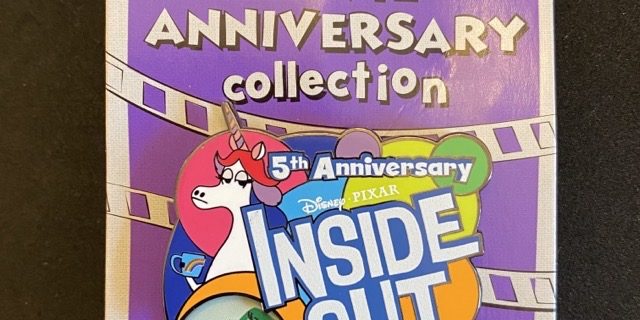 Here is a look at the June 2020 (Released in October) Cast Member Movie Anniversary pin release. It features Disney Pixar Inside Out 5th anniversary. Limited edition of 1,000.