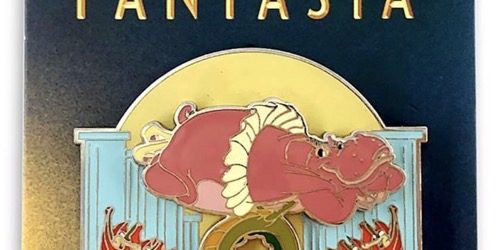 Here is a look at the fourth and final release in the Disney Fantasia 80th anniversary pin series at shopDisney.com! The fourth pin features Hyacinth Hippo and Ben Ali-Gator. It is a limited release and the retail price is $15.99. Available starting on Saturday, November 28, 2020.

Collectors will find this cloisonné Dance of the Hours pin ”en pointe” as Hyacinth Hippo and Ben Ali-Gator steal the spotlight for the 80th Anniversary of Walt Disney’s animated masterpiece Fantasia. Number four of four in the series.

View all in this series: