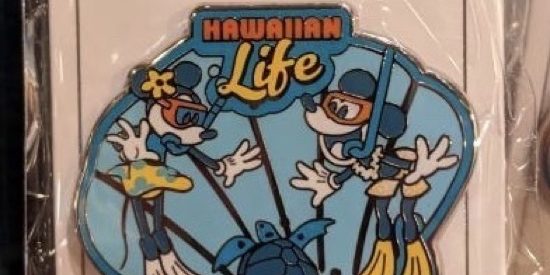 A new Mickey and Minnie “Hawaiian Life” pin just released at Aulani Disney Resort! It is open edition and released in June 2021. It is only available for purchase at Disney’s Aulani Resort & Spa in Ko Olina, Hawaii.

Mickey and Minnie are snorkeling with a turtle on this pin which has a shell shaped background. It reads “Hawaiian Life” at the top and has the Aulani logo at the bottom.

Check out more pins from Hawaii in the Aulani pin category section.