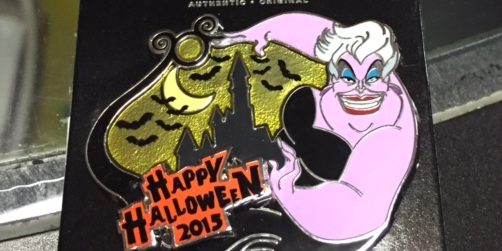 Attention Disney Cast Members! Here is a look at your Halloween 2015 Disney pin exclusively available for Cast Members only! 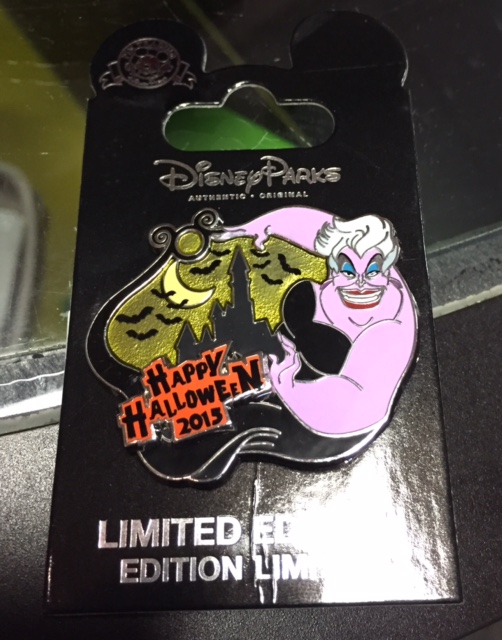 This limited edition Halloween 2015 Cast Member pin was recently released at the Cast Member stores at Disneyland and Walt Disney World Resorts. If you are a CM at WDW, this pin can be purchased at Company D. Limited edition of 1000, retail price is $11.95.

Pin reads Happy Halloween 2015 on the left and Ursula from The Little Mermaid is featured on the right side.