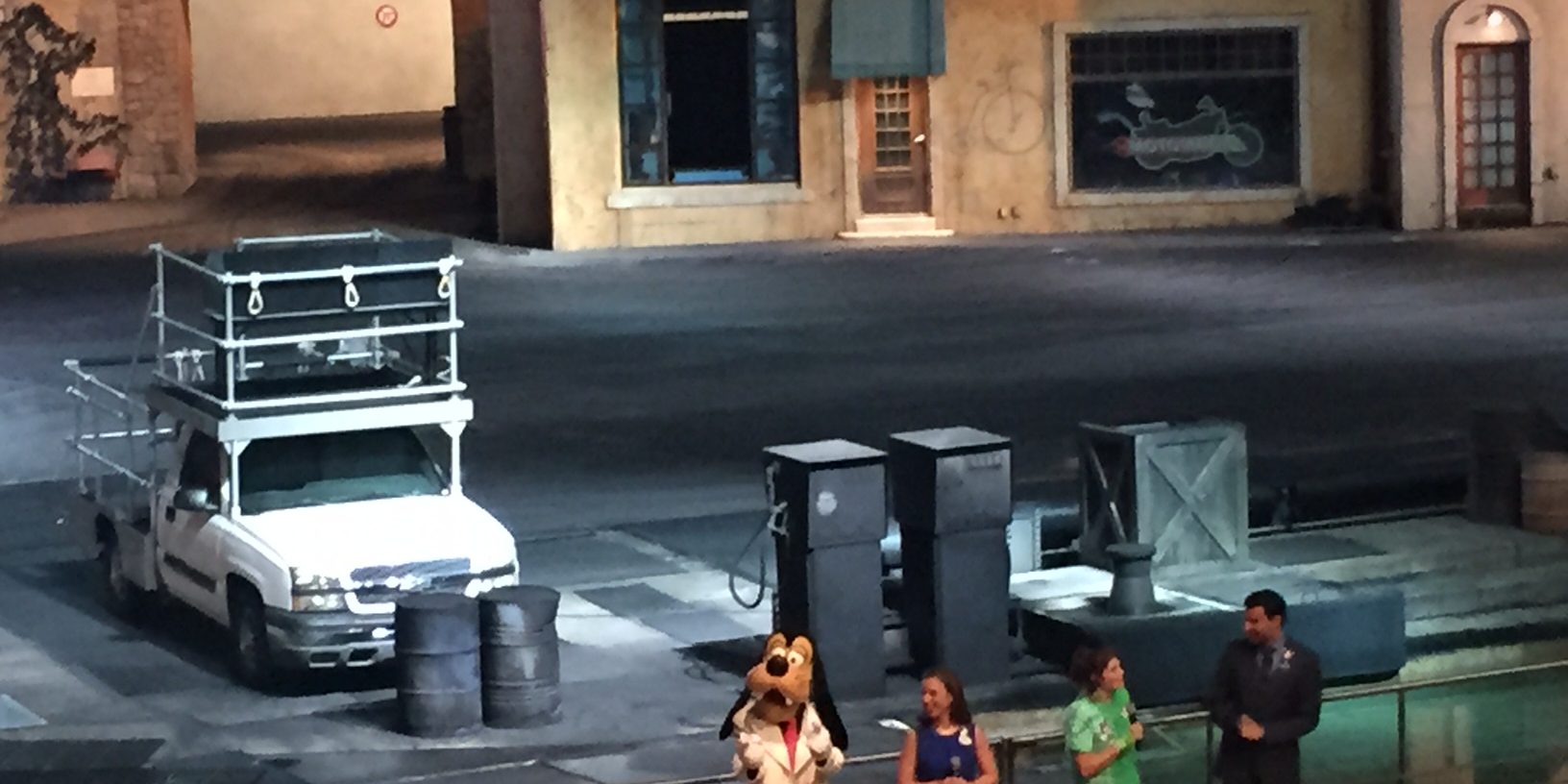 This year, I was lucky enough to participate in a cast member event at Disney’s Hollywood Studios called Goofy’s Mystery Tour.  This event began in 1991 at Disney-MGM Studios, and it shares similarities with Minnie’s Moonlit Madness, which occurs at Disneyland in California.  My husband and I have participated in Mouseplanet’s Mouseadventure, so we have some experience with these types of uber Disney nerd events. Every year for the Mystery Tour, Goofy comes up with a theme, and somehow he ends up getting himself into trouble.  This year was no different.  In fact, Goofy was actually trapped in a computer program for the duration of the event! This year’s theme was Goofy’s Totally Awesome Mystery Tour, so all of the quests had an 80’s theme. 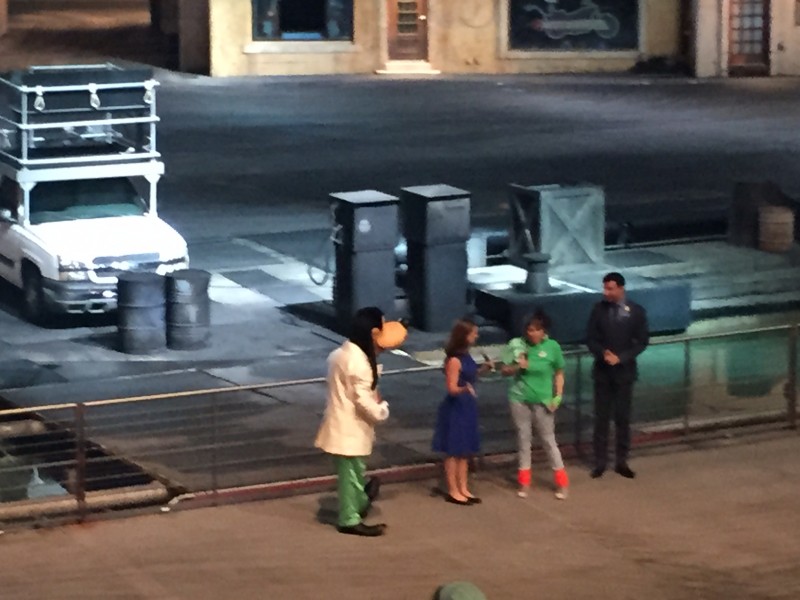 The night began by heading to the Lights Motors Action Extreme Stunt Show amphitheater.  This is where all of the teams congregated in order to check in and receive their packets.  After checking in, our team of four found some seats in the enormous amphitheater.  Then, we waited for the rest of the 299 teams to check in.  This event played host to approximately 1200 cast members, family, and friends. It is so popular that it sold out in ten minutes! 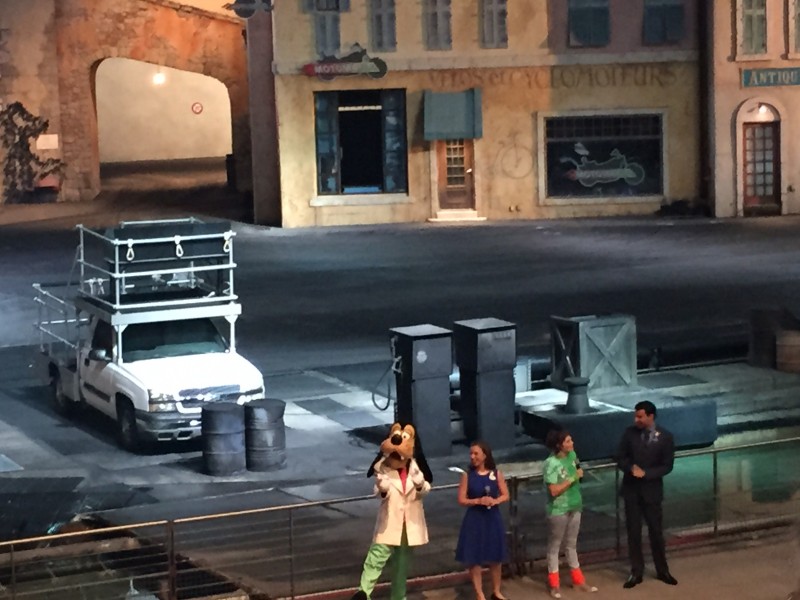 After waiting for everyone to get settled, the fun began.  Goofy and the rest of the hosts for the evening explained how a computer program named T.I.G.G.R. was trying to take over the Walt Disney World Resort.  This computer program managed to suck Goofy into the grid, so we had to solve various quests to receive clues that would help us free Goofy from the computer program.  Before we set off on our adventures, we completed a trivia portion of the event.  These were very challenging trivia questions that were projected on the huge screen at Lights Motor Action Extreme Stunt Show.  After bubbling in a Scantron with our answers, we left to save Goofy. 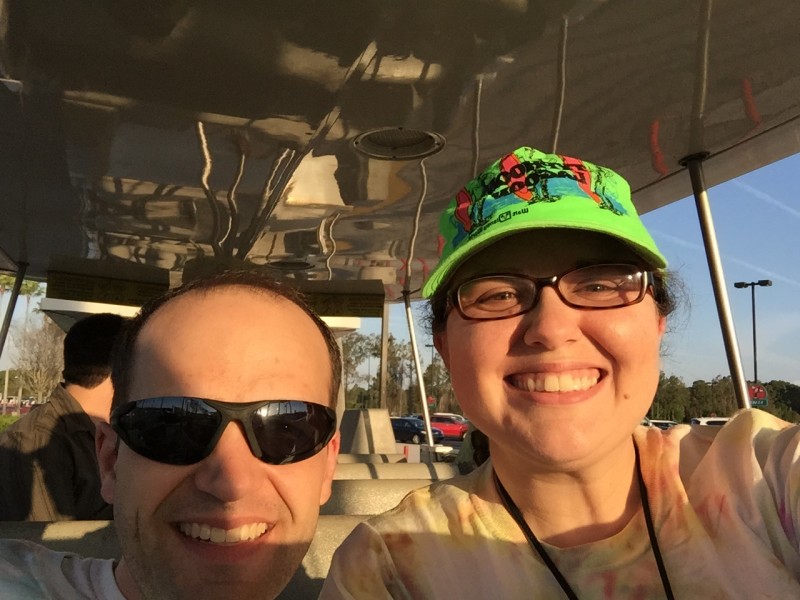 Now, this is no ordinary adventure because each team member is bungee corded together so that the teams must stay together during the entire event.  This definitely added a level of difficulty to the competition.  There were 18 different quests, and you had to solve one before you could even receive the clues to move on to the next one.  In order to solve the final mystery, you had to complete the majority of the quests in order to find out how to save Goofy from the computer.  Needless to say, we ran around attempting to solve everything, but alas, we came up short when time ran out.  We were able to solve 13 of the 18 quests, but we just didn’t have enough of the right letters to discover the answer to save Goofy.  In order to solve the quests, each team must walk briskly (no running allowed) through the Streets of America as well as the Muppets Courtyard and interact with a myriad of crazy characters.  Many of these quests required us to solve complicated puzzles or figure out riddles.  Overall, this was very challenging, but we had a blast! 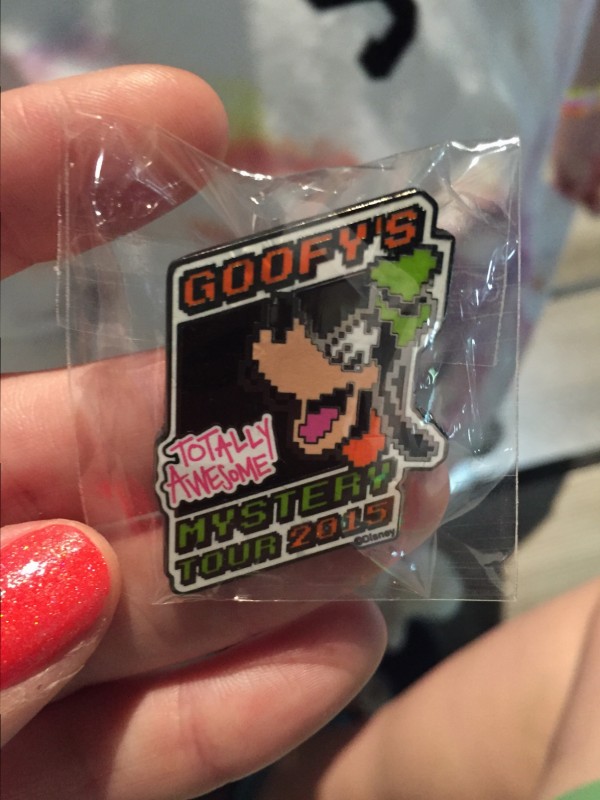 After everyone turned in the final mystery, we returned to the Lights Motors Action Extreme Stunt Show area in order to find out the answers to the trivia and also discover the first, second, and third place winners.  This awards for best costumes were also distributed.  Although I was exhausted after we finished our Tour (it lasted from 7 pm to midnight), I cannot wait to participate again next year!  We had so much fun, and I just feel so lucky to be able to participate in this cast member exclusive event.  It’s just another reason that I love being a Walt Disney World Cast Member! 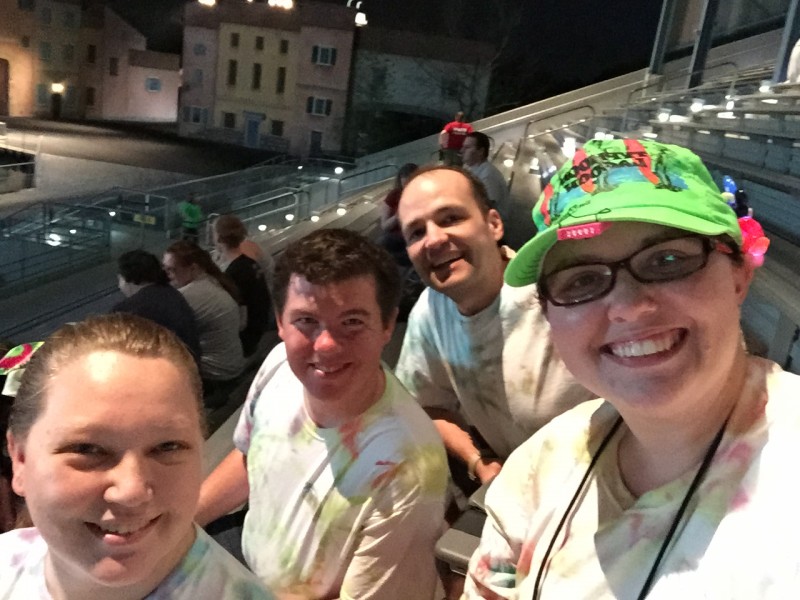