Glowing With The Show 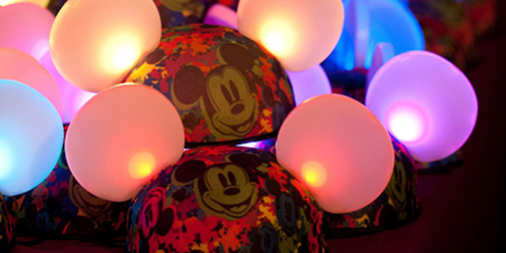 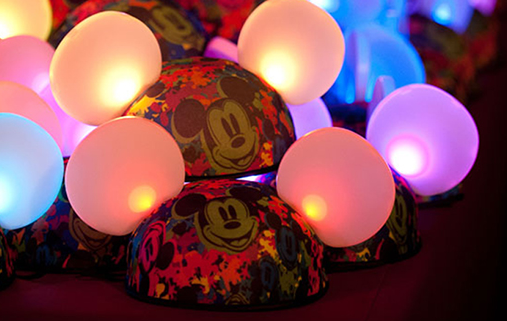 During this past week, Glow with the Show Mickey Mouse Ears have made their way to Walt Disney World.  Particularly this week, the ears have already debuted at Fantasmic, and they will also begin working at Wishes in the Magic Kingdom on October 19th.  These Mickey Mouse ear hats are made in a similar shape to the original style mouse ears; however, the ears themselves are composed of a translucent plastic material.  The fabric part of the hat is covered in multicolored Mickey Mouse heads, and there are LED lights in each ear that glow many different colors.  The ears are priced at $25 plus tax.

The really exciting part about these ears is the amount of technology that is present in order to make them glow.  By themselves, the ears cycle through a variety of colors, but when the ears become part of the show at Fantasmic, they actually light up at certain parts of the show in unison with the other glowing ears that are present in the audience.  This effect is quite impressive when everyone in the audience wears the ears.

Chuck Davis, Disney Entertainment Technology Director, explained how the technology in these hats works in a video that was released in June of 2012 when these ears made their first appearance at World of Color at Disney California Adventure.  Each hat has a unique serial number and works like the infrared that can be found in a television remote.  Because each hat has a different serial number, Disney can control each hat differently; even each ear can light up differently on each hat.  Because of this technology, Disney can create “geographic spatial effects” that are amazing when an entire amphitheater full of people have the hats. 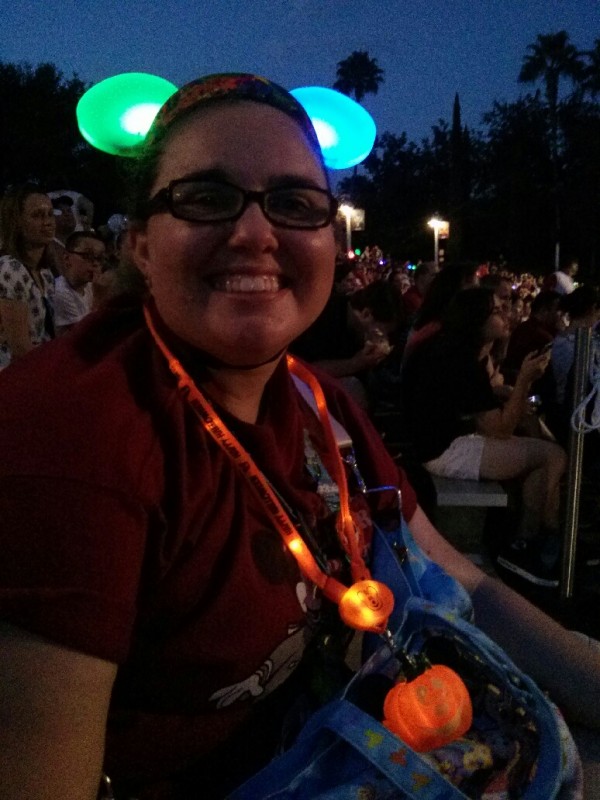 We were not able to make the debut of the ears at Fantasmic’s 15th anniversary this past October 15th, but we did see the show on October 17th.  The Glow with the Show effect was fun to watch, and it did not distract me from Fantasmic.  The only downside was that the ears were scattered throughout the whole crowd without one really solid section of glowing ears, so the effect was not as amazing as it could have been.  Also, the ears are very heavy, and I would not recommend wearing them for an extended period of time.  The plastic ears are also made of a very brittle plastic, so do your best not to drop yours on the ground.  Also, if you purchased your Glow with the Show ears in California, they will work at Hollywood Studios.  I can guarantee this because I bought mine at DCA earlier this year.  Overall, I think that Glow with the Show is so much fun, and I can’t wait to see how they look at Wishes on October 19th and the Osborne Spectacle of Lights this November!