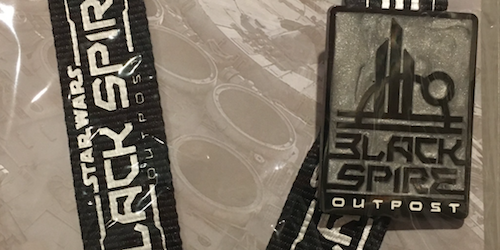 Disney announced at Star Wars Galactic Nights on May 27, 2018 the official name of the village in Star Wars Galaxy’s Edge! The name of village is called Black Spire Outpost.

The first piece of merchandise is a Disney Pin Trading starter set! It includes the lanyard and pin. 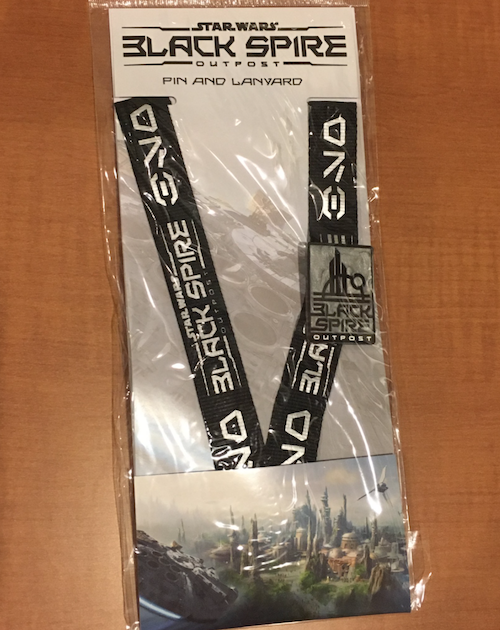 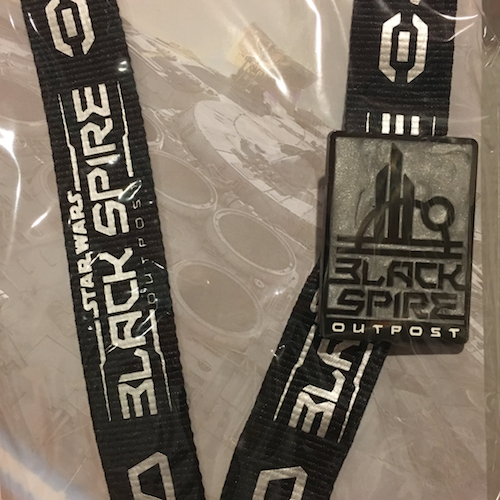 Retail price is $22.99 for the lanyard and pin set. We are expecting it to be available at Disneyland and Disney’s Hollywood Studios parks. Click here to see the first Star Wars Galaxy’s Edge pins that were already released.

We can’t wait for this new land to open! Learn more about Black Spire Village at Disney Parks Blog.