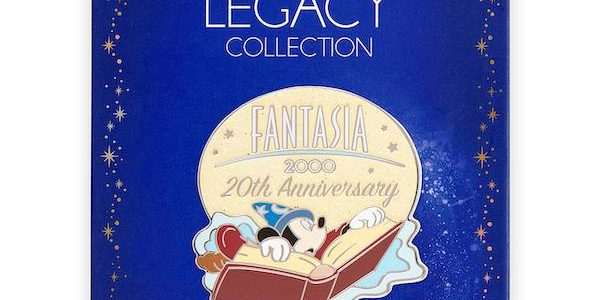 Here is a look at the new Fantasia 2000 20th anniversary pin available at Disney Store and shopDisney.com! It a limited release and the retail price is $15.95. Released in late December 2019.

Mickey Mouse as The Sorcerer’s Apprentice conjurs up a sparkling limited release pin to celebrate the 20th Anniversary of Fantasia 2000 (which coincides with the 80th Anniversary of Walt Disney’s original Fantasia).