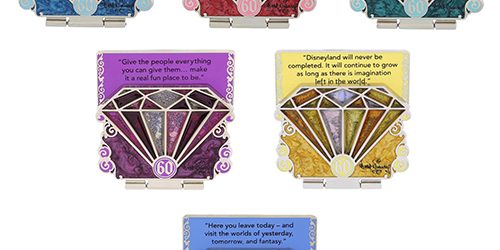 Here are six of the seven pins being released in this countdown series: 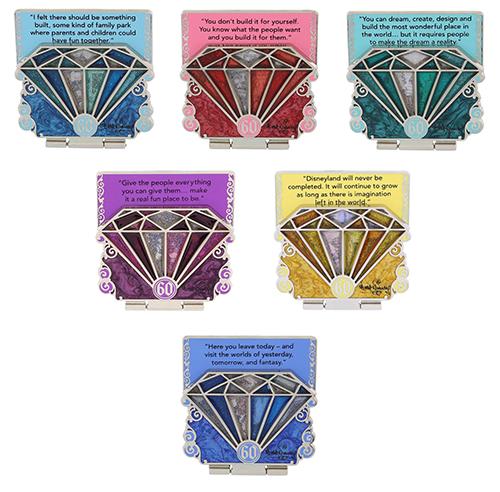 These beautiful diamond shaped hinged pins will be released each month up until the actual anniversary date in July 2015. Then in July there will be a special silver diamond pin.

Here are the release dates and edition sizes:

These pins are absolutely gorgeous! Do you plan on collecting the full set? Join the Disneyland 60th anniversary conversation in the Forums.