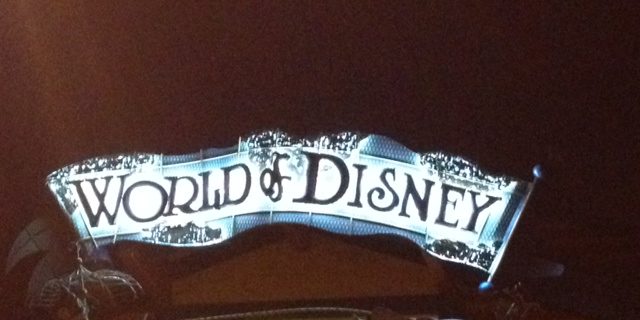 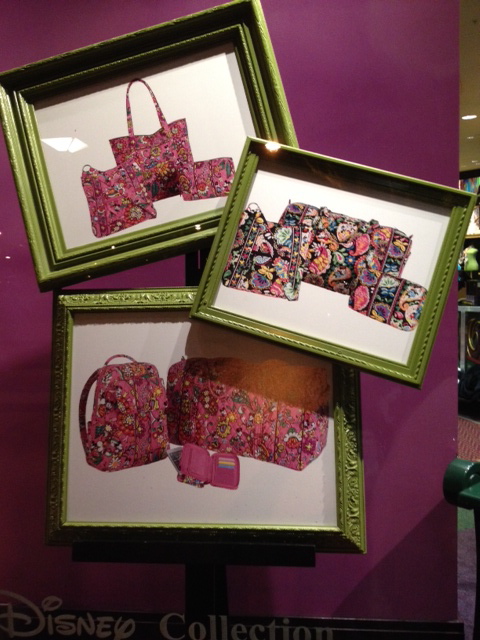 Disney, purses, Vera Bradley: these are just a few of my favorite things!  When I heard that Disney was teaming up with Vera Bradley for a new purse line, I was thrilled.  Since I live so close to Walt Disney World now, I was also able to attend the release party that occurred on Saturday, September 21st at 7:30 am.  My wonderful husband even accompanied me to the event.  Even though the event was set to start at 7:30, the parking at Downtown Disney Marketplace actually began at 3:00 am!  We arrived at 2:45, and we were approximately 17 and 18 in line.  Since the line did not officially start until 4:00 am, all of the purse enthusiasts lined up in the parking lot.  By the time the official line started, there were at least one hundred people in line.  Everyone was very well behaved, and I did not see anyone trying to rush to the front of the line. 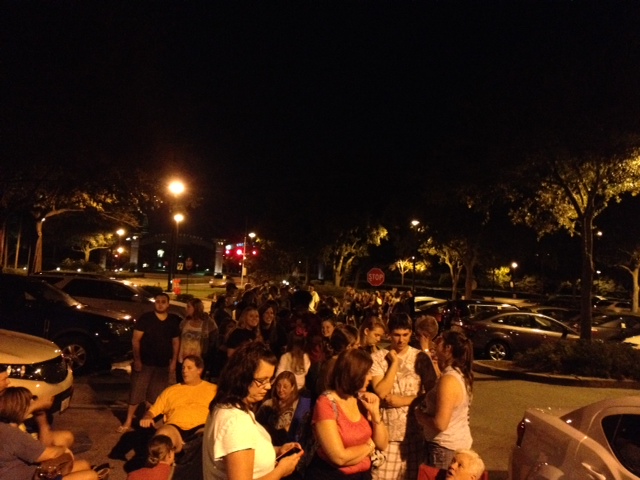 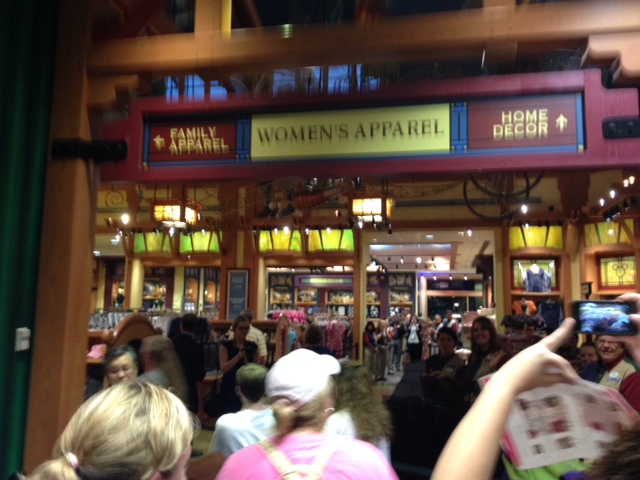 When 4:00 am arrived, a castmember escorted us across the street to the World of Disney, where a queue was already set up for us.  Once we were all in the official line, castmembers started coming through the line to hand out wristbands for purchasing the purses.  The rules were pretty simple.  Everyone was allowed to buy one of each color and style of purse for a grand total of 16 items.  We were given a handout that detailed each item and its price.  The castmembers also walked through the line carrying some of the merchandise so that we could all get a better look at our quarry.  The first hundred or so people received blue wristbands, which guaranteed that we could purchase all 16 items.  After the blue wristbands were handed out, the remaining guests were issued orange wristbands, which guaranteed that they would leave with some items, but they were not assured everything.  Also, the first 100 people also had the option to get a photo and an autograph from Barbara Bradley Baekgaard, who is the co-founder of the Vera Bradley company.  If you opted to get the autograph, you were given a yellow wristband with a “B” written on in it in Sharpie.  Since we had prime places in line, we received both blue and yellow wristbands. 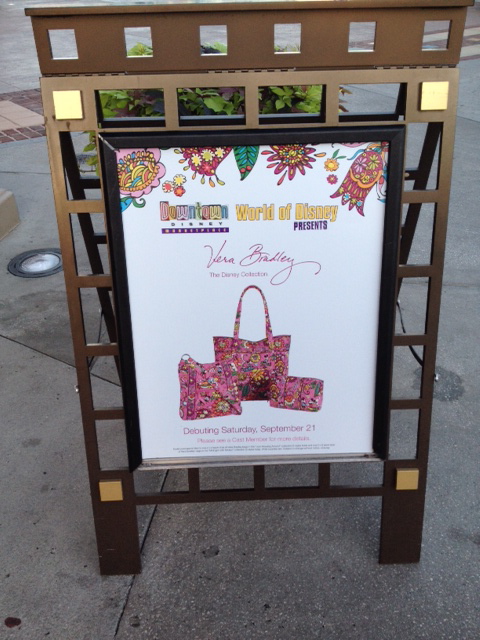 After the excitement of getting all of the bands, we still had a few hours to wait for the event actually to begin.  Many people slept; some people played on electronic devices; and one gentleman entertained the crowd with Disney trivia.   All in all, the wait was not too bad, and before we knew it, 7:30 came.  Actually, the store opened slightly before this time so that everyone could be accommodated.  There was a huge crowd! 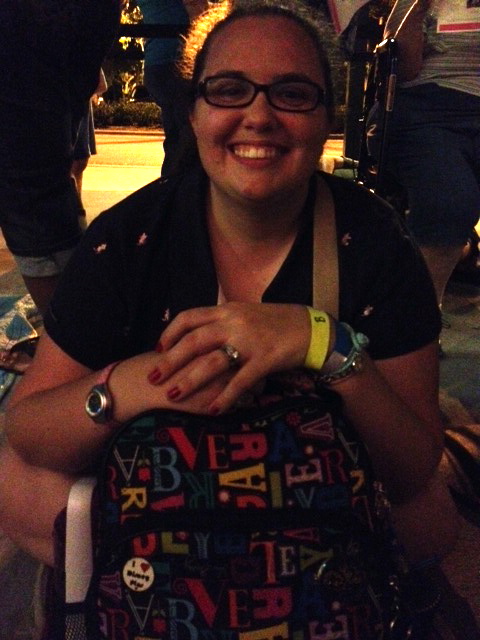 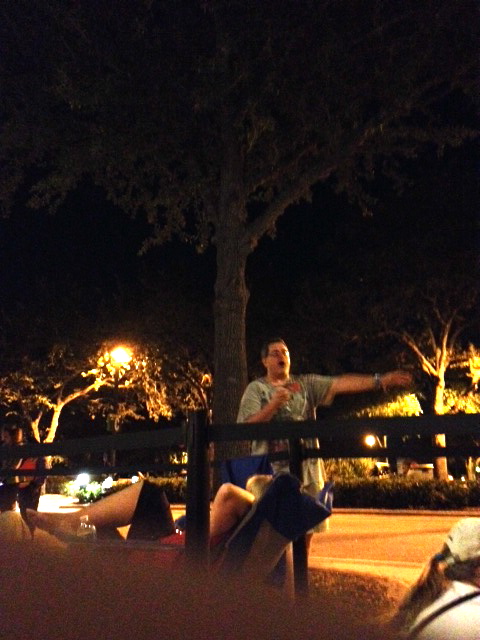 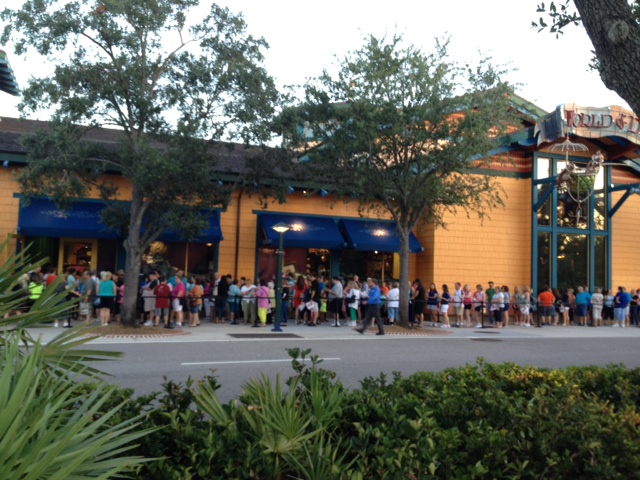 Again, when we entered the World of Disney, everyone was very well behaved, and Disney castmembers were clapping and generally cheering us all on.  Disney always makes it easy for me to spend my money! After snaking our way through the store in true Disney queue fashion, we arrived at several tables with huge stacks of the Vera Disney bags.  We simply told the castmember what we wanted, he or she retrieved the items, and then, we were escorted to the register area.  Once we purchased the items, the castmember cut the blue wristband off, so that no one could cheat and purchase more items than were allowed.  Everything was painless, and it was well orchestrated. 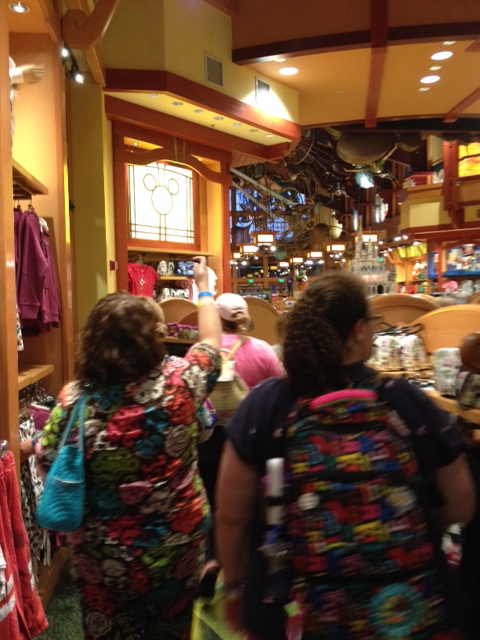 After we made our purchase, we needed to find out where to go since we also had the wristbands to meet Barbara.  The castmembers were not too sure on where to send us, so they told us to wait outside the store and come back in when it was closer to 8:00 am.  This was the only misstep.  The line to meet Barbara had actually already started to form, so by the time we asked another castmember, the line had grown considerably.  So, what would have been a brief wait turned into a half an hour wait.  This was not too big of a deal, but we were tired from waiting for so many hours already that morning.  When it was our turn, we met Barbara, and she was very kind.  I also got her autograph and a photo.  Again, a castmember cut the yellow wristband off after the meeting so that no one could abuse his or her meet and greet privileges.  After the meet and greet, it was time to go home for some much needed sleep.  Overall, this event was a blast, and I am glad that we went.  I am a huge Vera Bradley and Disney fan, so it was lots of fun for me!  I can’t wait until the next Dooney and Burke Disney release! 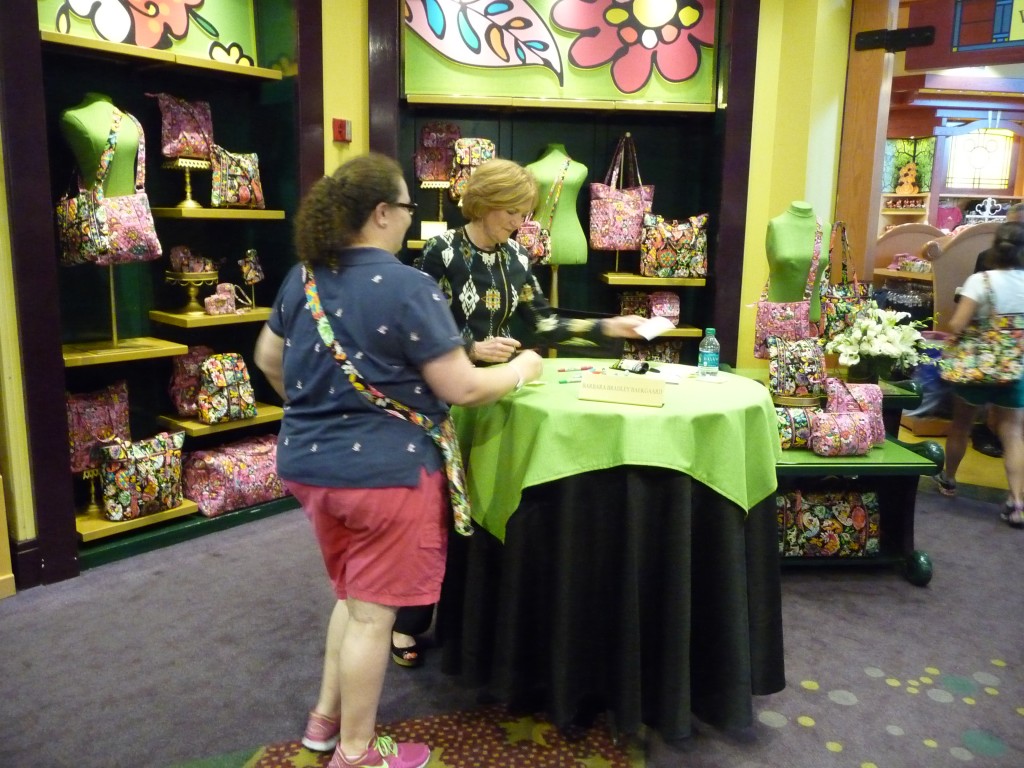 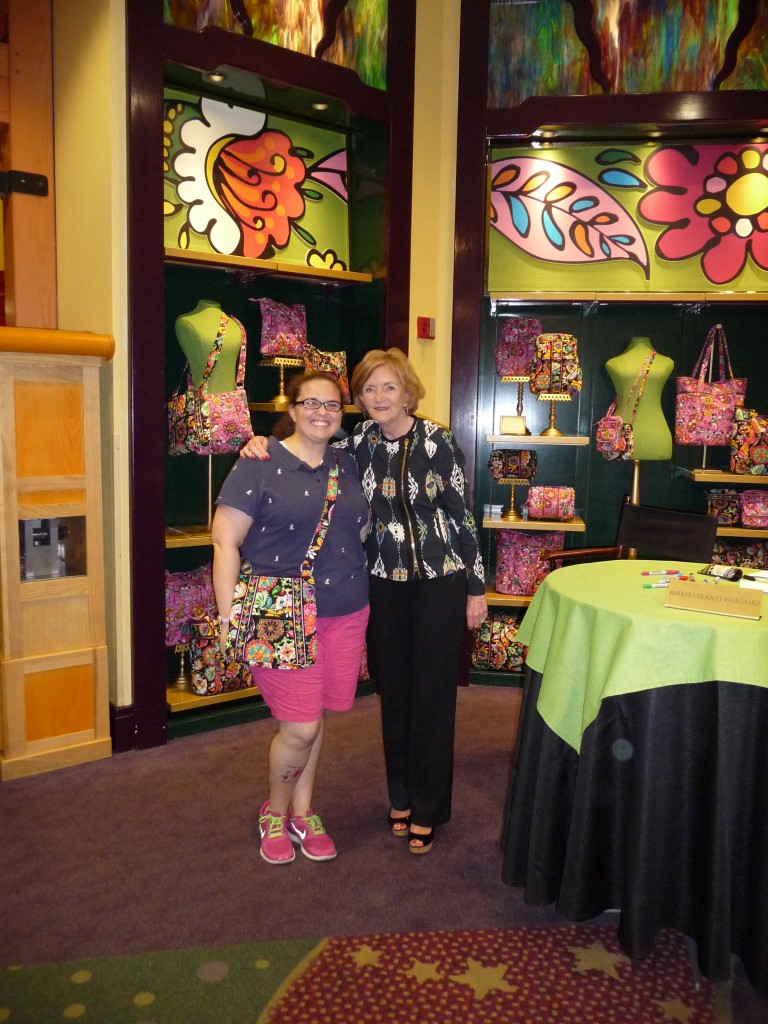 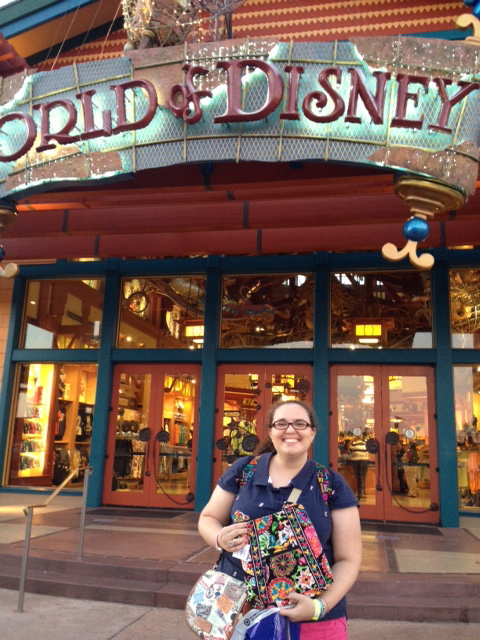