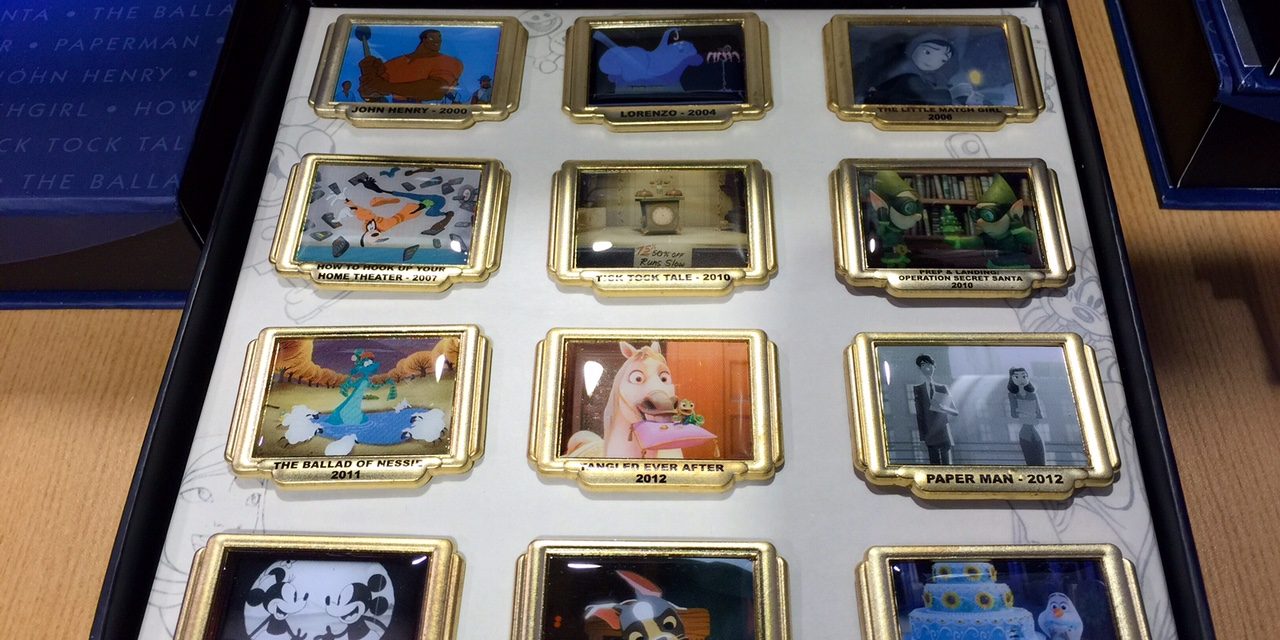 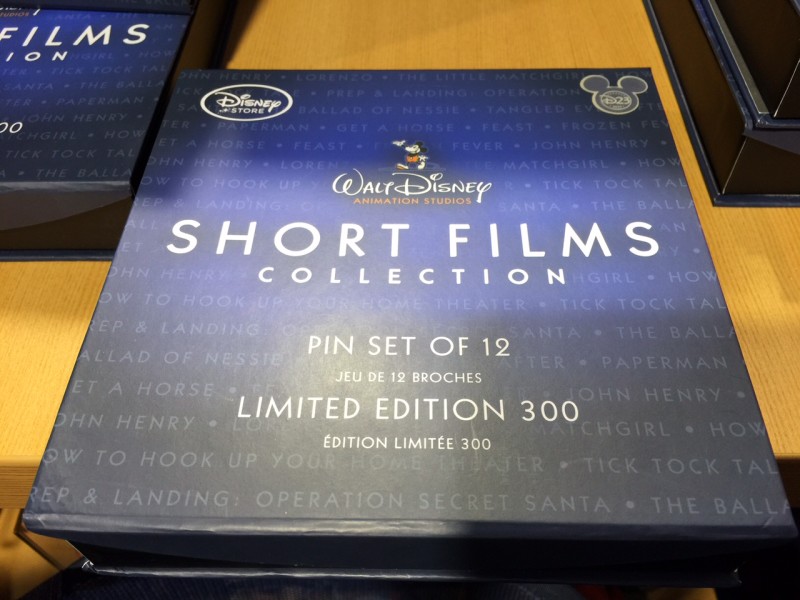 This pin collection is limited edition 300 and features short films from Walt Disney Animation Studios. It is exclusive to the D23 EXPO 2015 and was released at the Disney Store inside the showroom floor. Average wait time for this store was 2.5 hours. 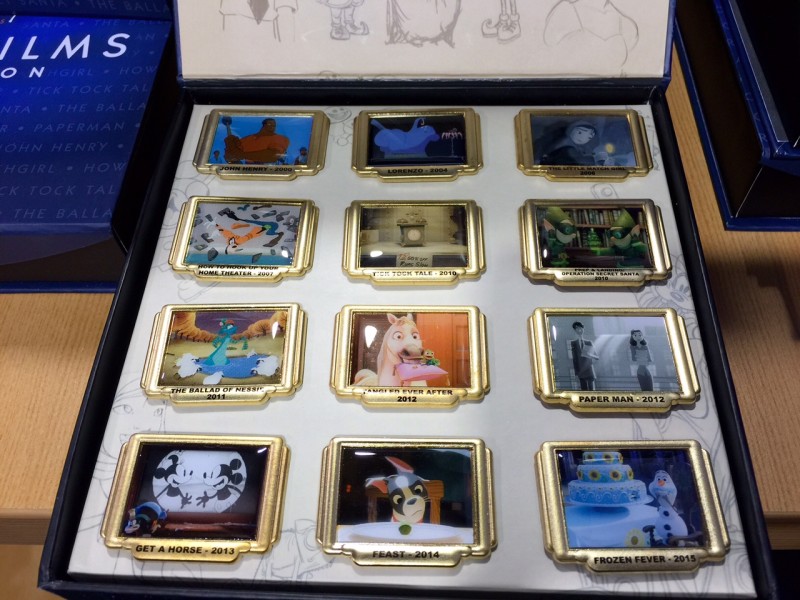 A lot of wonderful pins are featured in this boxed pin set including, Happily Ever After, Paperman and Feast. 12 pins are included in the Short Films pin collection. 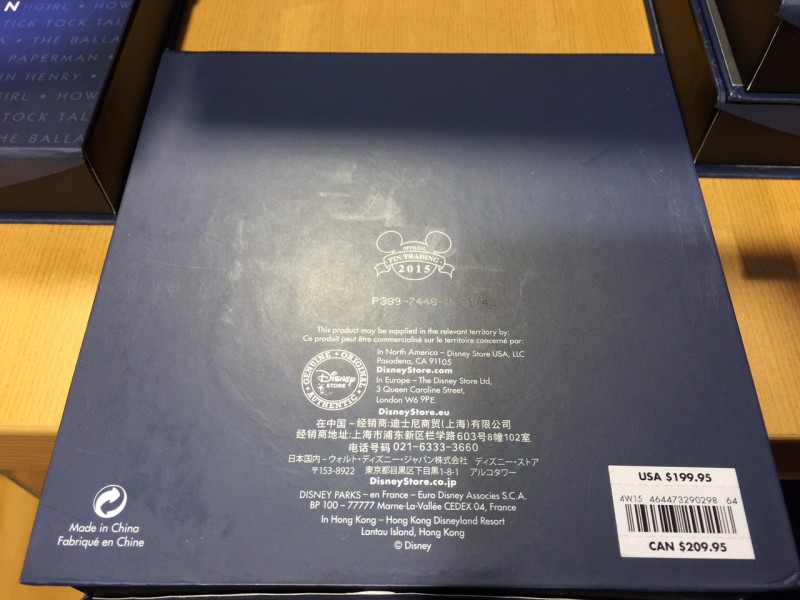 Back of Short Films Pin Box