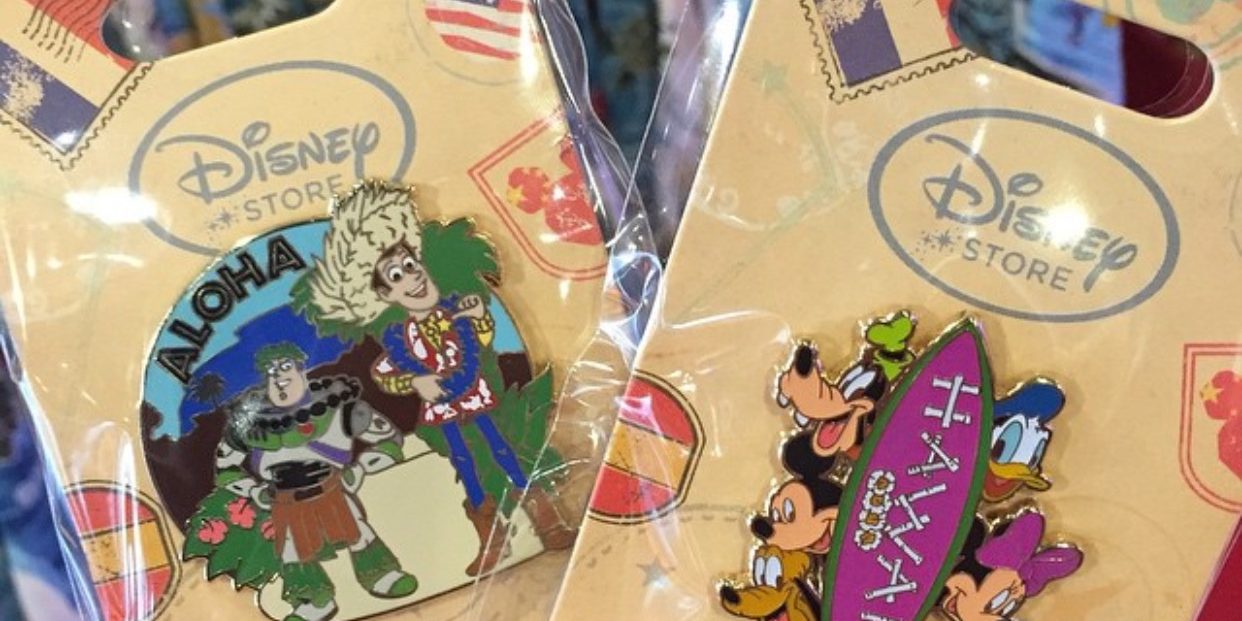 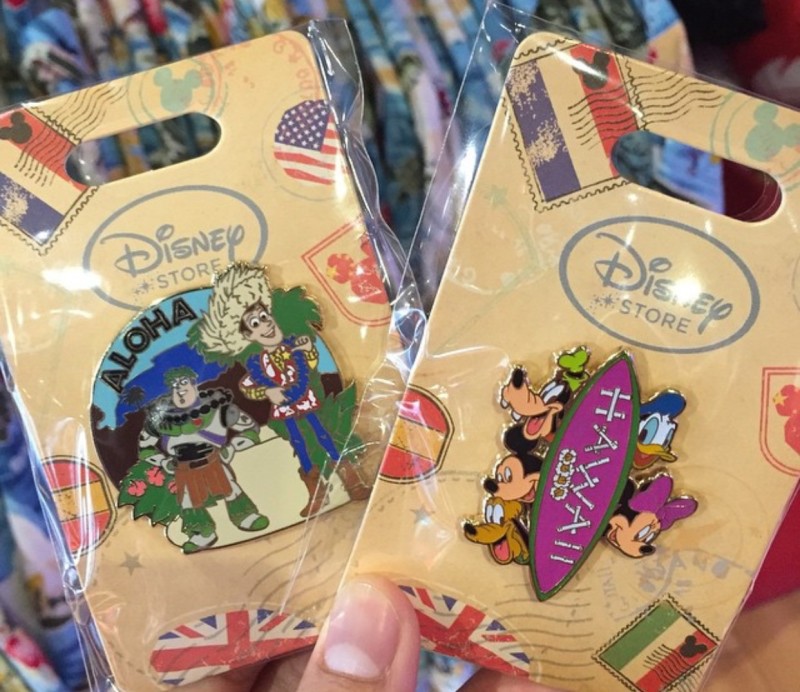 The pin on the left features Buzz and Woody dressed in Hawaiian style! The pin on the right features the fab five with a surfboard in the middle that reads “Hawaii” in a bamboo type font. Both pins are open editions.

It’s neat to see pins that are exclusive to a Disney Store based on location. I know the New York City store also has pins exclusive to their store.