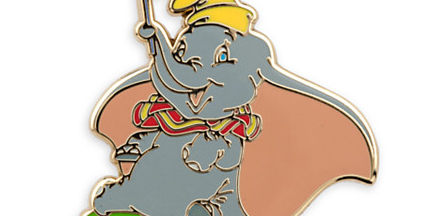 A new Dumbo 75th Anniversary pin was released at DisneyStore.com this morning on Tuesday, October 25, 2016! The pin is limited edition of 600 in Europe and 1,400 worldwide with a retail price of $12.95. This pin was originally released in September at Disney Store UK.

Here is a closer look at the pin! 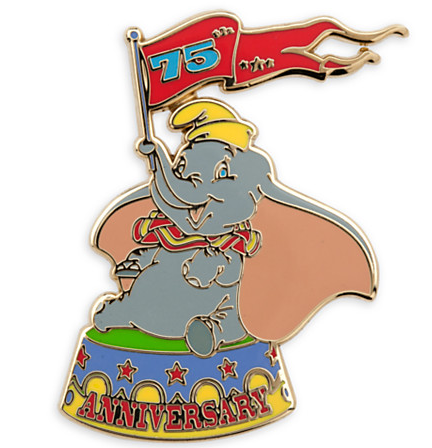 Click here to purchase. Make your Disney pin collection even more memorable with this limited edition pin celebrating Dumbo’s 75th Anniversary! The pin features Dumbo sitting on a parade float with stars. He is holding a a red flag in his trunk that reads, “75th”. Also, the pin is designed with a gold border.

Hercules, Thumper, Mad Hatter and Winnie the Pooh Flair Pins at shopDisney
May 10, 2021

Star Wars: The Bad Batch Pin Releases at shopDisney
May 4, 2021