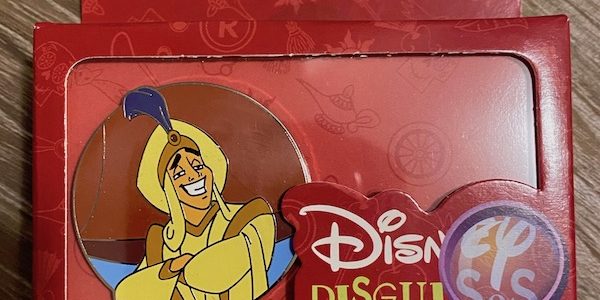 On September 15, 2020 along with the Trick or Treat Cuties Disney Pins, the Disney Disguises Series 2 mystery pin set released as well! This was spotted at various locations around Walt Disney World including Magic Kingdom, EPCOT and Contemporary Resort.

Each box contains two pins. One of six “revealed” pins and one of six “mystery” pins. The box says limited edition of 6,000 but the backs of the pins say limited release. The retail price is $19.99 per box of two pins.

Here is a closer look at some of the pins.