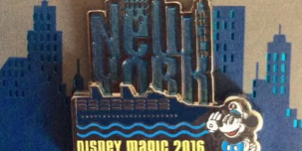 Here is a look at the pin! 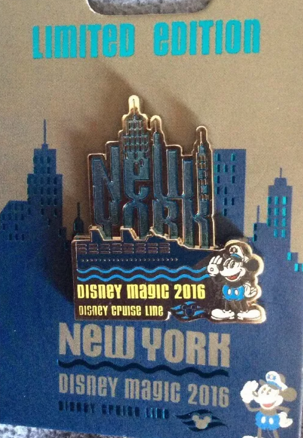 This pin celebrates Disney’s Magic ship returning to New York City for cruise departures. The Disney Magic will sail to Canada as well as the Bahamas. Will you take advantage of this opportunity? Let us know! Comment and chat in the forums.