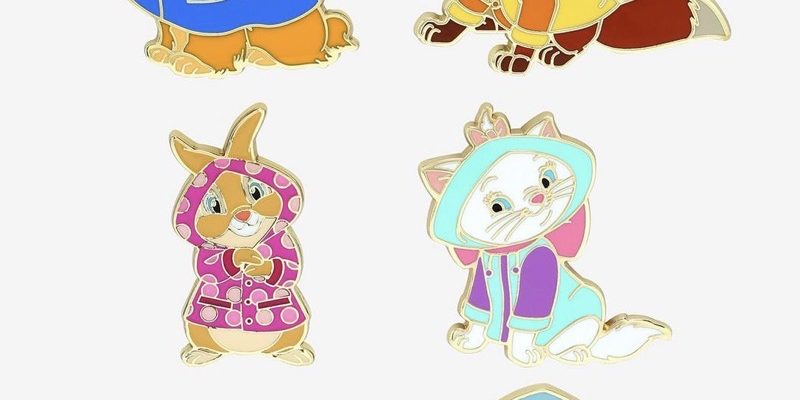 Here is a look at the new Disney Animals in Raincoats blind box pins at BoxLunch! The retail price is $10.90 per box/pin. Released in September 2022.