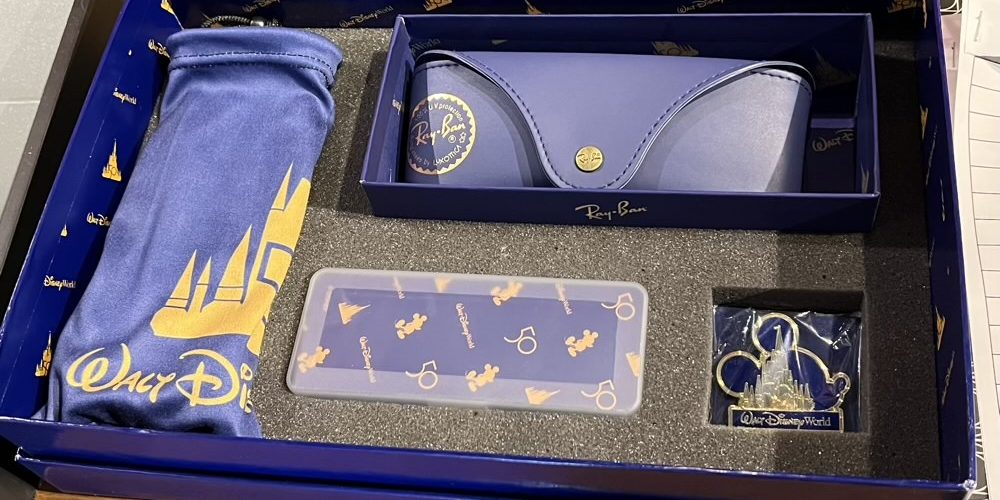 Here is a look at the new Walt Disney World Disney 50th anniversary Ray-Ban limited edition box set! Retail price is $330. The Mickey Mouse pin included in the box set is limited edition of 2,000. Available in starting in October 2021. This box set can be found at Sunglass Hut retail locations in Magic Kingdom and Disney Springs, while supplies last.

The gift set includes one pair of sunglasses, a glasses case and box, a cleaning case with spray, a pin, and a cloth sunglass case holder.

This pin features a profile outline of Mickey Mouse in royal blue. It is outlined with a gold edge and there is a gold 50th castle in the center of the pin to honor the 50th anniversary of Walt Disney World. This pin reads “Walt Disney World” in gold lettering on the bottom of the pin.

Here is a look at the back of the pin:

The box itself, is blue and printed with the 50th anniversary Cinderella Castle logo, along with the items included, such as the cleaning cloth and sunglass case.