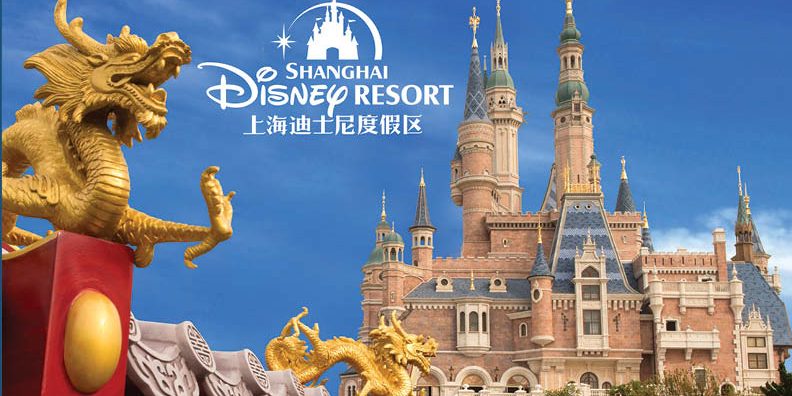 On June 16, Disney will officially open Shanghai Disney Resort, and Disney twenty-three is giving fans an advance peek at this breathtaking one-of-a-kind destination. From its opening pages, with a welcome from Disney Chairman and Chief Executive Officer Bob Iger, to the back cover, featuring a map of the park—in Chinese—the issue is packed with exciting details about this new resort that celebrates everything guests love about Disney, while honoring China’s distinct cultural heritage. 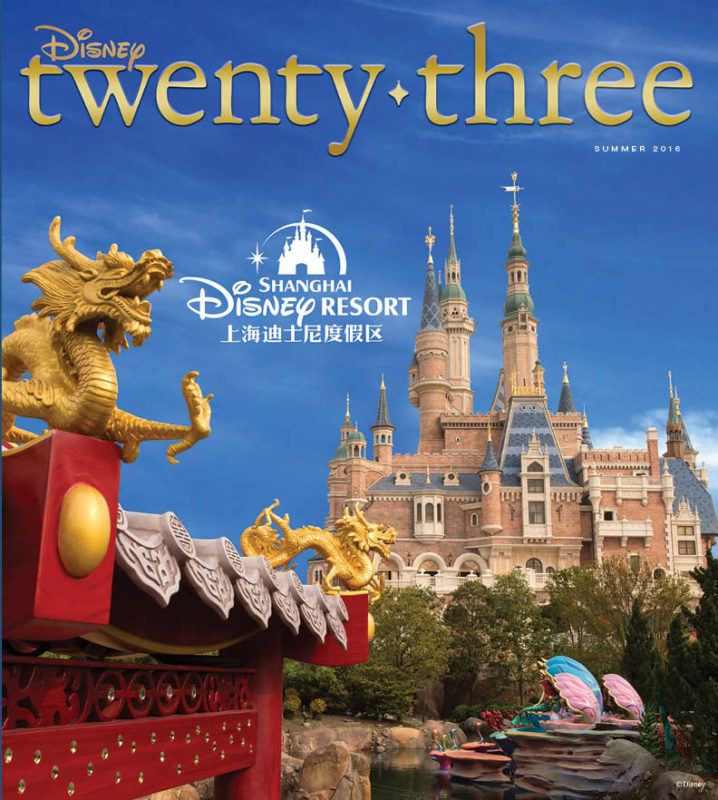 The issue, exclusively for Gold Members of D23: The Official Disney Fan Club, provides a detailed look at how Shanghai Disney Resort was built from concept to concrete, including fascinating insights into the partnership between Walt Disney Imagineers and the incredibly talented artisans of mainland China. Readers will be able to explore all the exclusive attractions opening at the park including Voyage to the Crystal Grotto, which recreates moments from beloved Disney animated films as riders travel by boat through, around, and under the Enchanted Storybook Castle—the largest castle in any Disney park. The thrilling adrenaline rush of TRON Lightcycle Power Run puts guests in the driver’s seat of a high-tech race, and the high seas adventures of Pirates of the Caribbean: Battle for the Sunken Treasure boasts some of the most advanced technologies of any Disney attraction.

More than 30 pages of exclusive interviews and vibrant photography come together to highlight this jewel in the Disney Parks crown, from all-new shows, experiences, merchandise, and dining options to a rare glimpse behind the scenes of the creation of the resort.

Plus, Disney twenty-three turns up the heat with its annual summer movie preview. Highlights include exclusive interviews with Ellen DeGeneres discussing the upcoming Finding Dory as well as her first trip to Disneyland, Bryce Dallas Howard talking about the reimagining ofPete’s Dragon, and Academy Award® winner Steven Spielberg revealing details about his Disney directorial debut, The BFG.

Also included in the summer issue of Disney twenty-three is a look at how The Reluctant Dragon, celebrating its 75th anniversary, gave audiences a peek at the making of Disney animated films, while paving the way for the Disney Studio’s respected documentary films.

Click here to become a gold member of the D23: The Official Disney Fan Club.