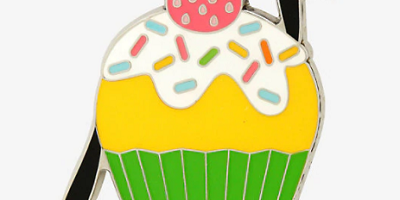 Here is a look at the new cupcake and donut Disney character BoxLunch pins. These are inspired by classic Disney characters in the form of a tasty treat! The pins below are available early August 2018 at BoxLunch!

Retail price is $8.90 per pin. Available in store and online, while supplies last. Click here to purchase.