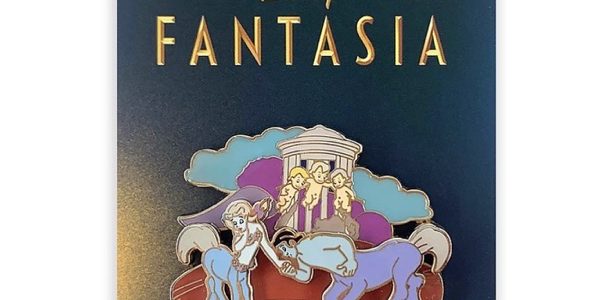 Here is a look at the second release in the Disney Fantasia 80th anniversary pin series at shopDisney.com! The second pin features Centaur and Cherub. It is a limited release and the retail price is $15.99. Available starting on Saturday, November 14, 2020.

Centaurs and cherubs from The Pastoral Symphony descend from Mt. Olympus to alight on this classical cloisonné pin celebrating the 80th Anniversary of Walt Disney’s animated masterpiece Fantasia. Number two of four in the series.