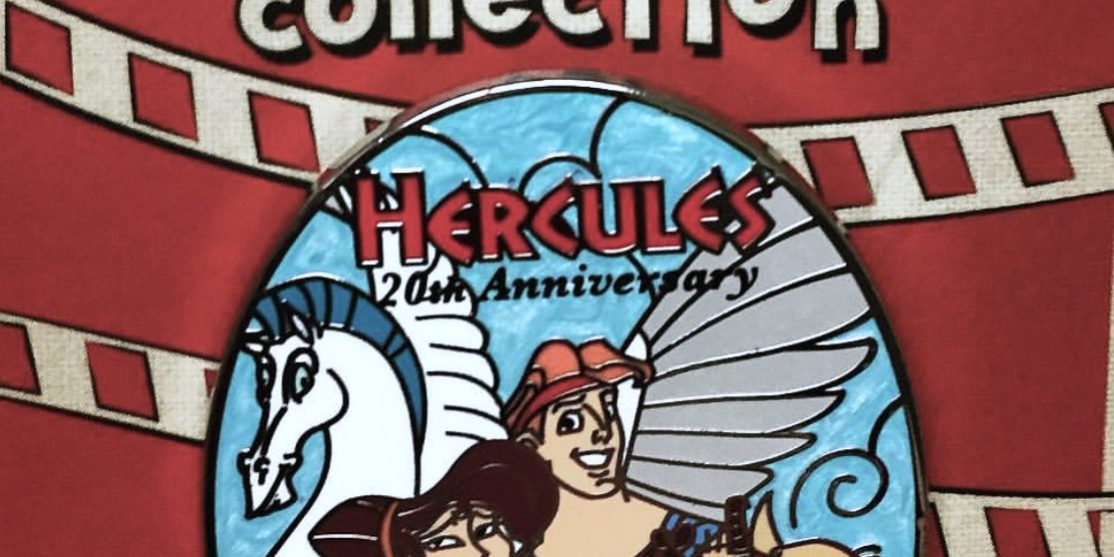 A new Hercules pin has been released for Disney Cast Members! This pin is limited edition of 500. The pin is designed to celebrate Hercule’s 20th anniversary. 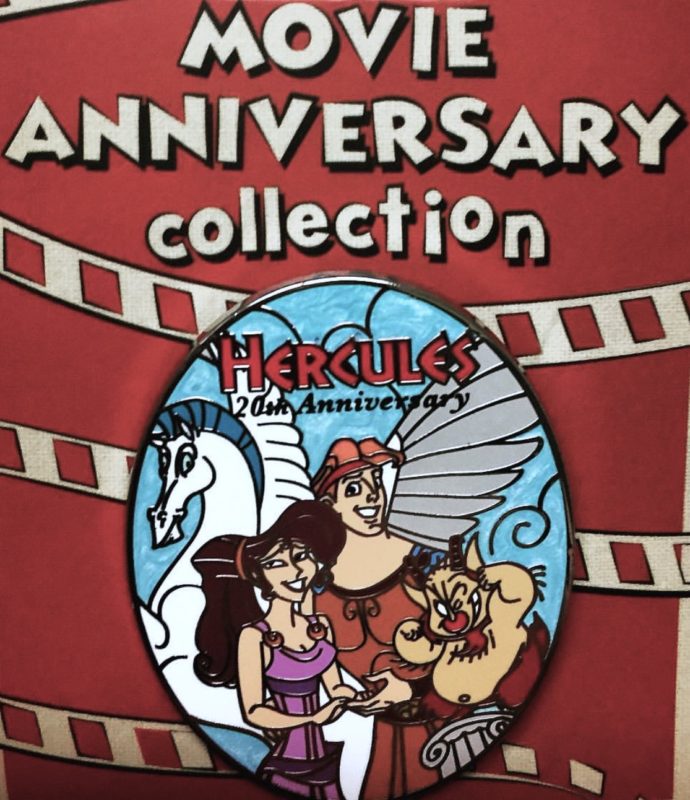 The pin is shaped as an oval and features the cast of Hercules in the center and it reads “Hercules 20th Anniversary”.