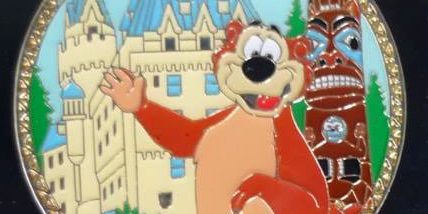 The pin is shaped as Spaceship Earth and has a dangle element. The pin reads “35th Anniversary Canada. Epcot. Cast Member in English.” It has a gold border as well.

Create your profile, live chat with friends and more in our Disney Pin Social Network, the DPB Community!