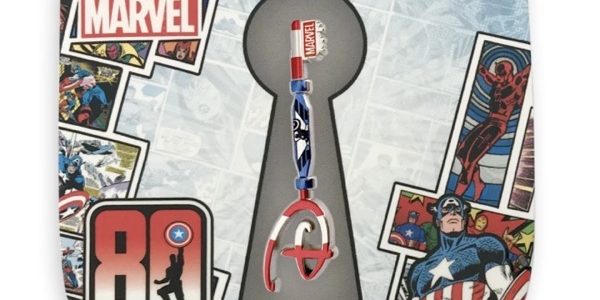 Here is a look at the Captain America 80th anniversary key pin, available at shopDisney.com and The Disney Store! Special edition and the retail price is $12.99. Released on July 19, 2021.