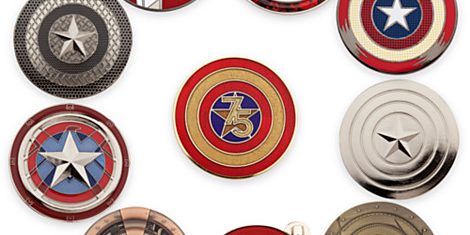 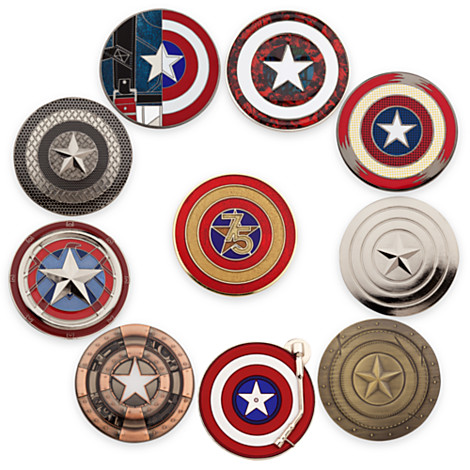 Honor the first Avenger on his 75th Anniversary with this super boxed set of 10 limited edition Captain America shield pins in an array of variant designs and finishes.