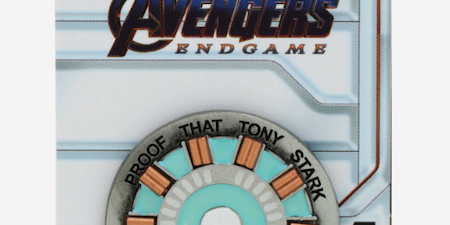 Here is a look at the new Marvel Avengers Endgame Iron Man Stark Heart glow-in-the-dark enamel pin at BoxLunch! The retail price is $12.90. Released in January 2020.

Show your love for Iron Man by wearing his heart on your sleeve! Modeled after the Arc Reactor from Avengers: Endgame, this glow-in-the-dark pin is proof that Tony Stark does, contrary to popular belief, have a heart.