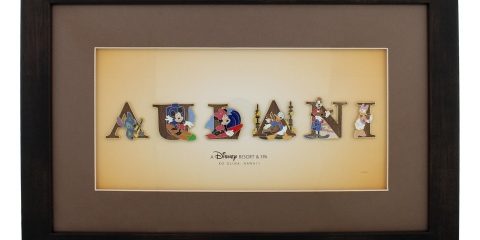 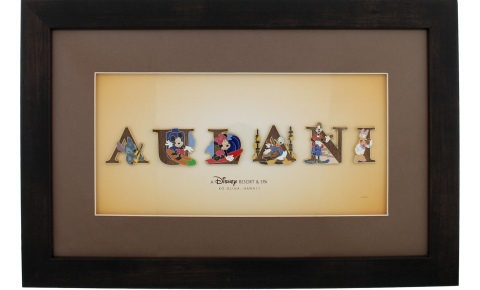 The Aulani Letters Framed Pin set is an open edition pin set that will be available starting December 5, 2013. The 6 letter pins that spell out Aulani have Disney characters on them. There is no word on a price yet but these frame pin sets usually run for about $200.

This pin set will only be available at Aulani, a Disney Resort and Spa.