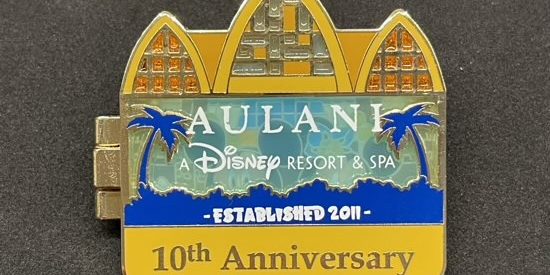 Happy 10th Anniversary to Aulani, A Disney Resort & Spa in Hawaii! Here is a look at the commemorative pin featuring Mickey and Minnie. Limited edition of 1,500 and the retail price is $18.00. Released on August 28, 2021.

Aulani opened to guests on August 29, 2011. This pin features stained glass elements and a hinged design. On the inside, Mickey and Minnie are hanging out in the hotel lobby.