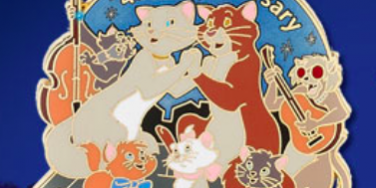 A new pin Aristocats pin will be released at Disney Store UK on November 17, 2015! This pin celebrates the 45th anniversary!

The Aristocats pin is limited edition of 300. The retail price is £9.00. It will be released on November 17, 2015. It is only available on the Disney Store UK website. If you are unable to purchase this pin on the Disney Store website, I recommend searching the secondary market like eBay, Facebook groups or Instagram. 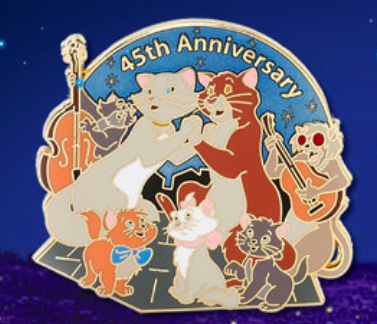