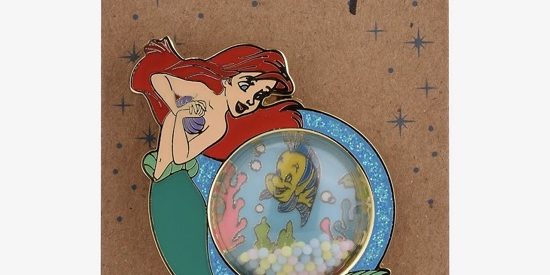 Here is a look at a new Disney The Little Mermaid Ariel & Flounder pin at BoxLunch! The retail price is $14.90 and it released in November 2021.

Ariel and Flounder share a bit of bubbly fun as this enamel pin! With a 3D effect filled with small colorful pom poms, you’ll feel like you’re under the sea with the Disney duo.