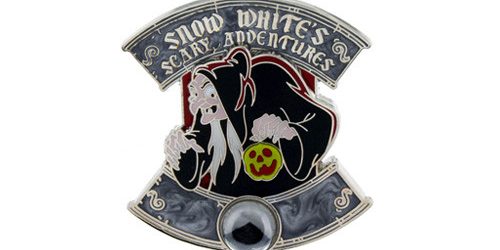 1. 2014 Golden Week – Mickey and Minnie: This is a limited edition of 1500 pin that celebrates Golden Week! Golden Week is a national holiday in Japan that runs from April 28 to May 6. It’s a traditional time when Guests from Japan take vacations, especially to the island of Hawai’i. This pin retails for $15.95 and will be released on April 10 at Aulani and Disneyland. 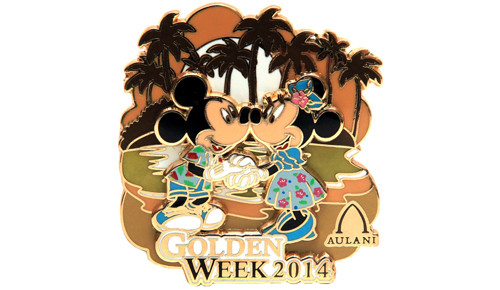 3. Funny Business Collection: April: Here is the next Funny Business pin in the series, and it features Rapunzel from Tangled. This hinged pin opens to reveal the message “We take care of tangles!”  Limited edition of 1000 and retails for $14.95. Released on April 10 at DL. 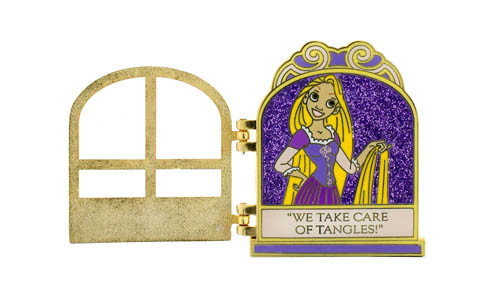 4. Keyhole Collection: April: This is the second pin of four pins in this set. This hinged pin features Tinker Bell and has a glitter fill element. LE 1000 and retails for $14.95. Released on April 10 at WDW. 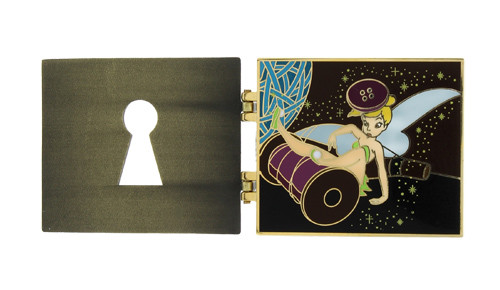 5. Piece of Disney History Series: April: It’s PODH time!! Who’s excited? This pin features the Old Hag from the Snow White’s Scary Adventure attraction at the Disneyland® Resort. This pin contains a piece of the Old Hag’s black hood. Limited edition of 1500 and retails for $15.95.

Please note: Wristbands will be issued in conjunction with this release. Wristband distribution guidelines will apply. 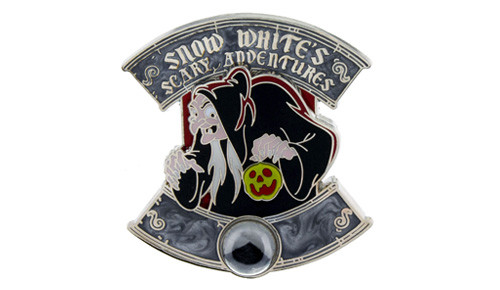 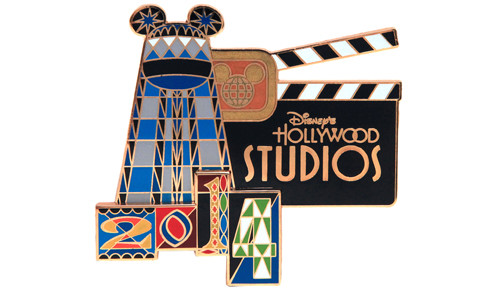