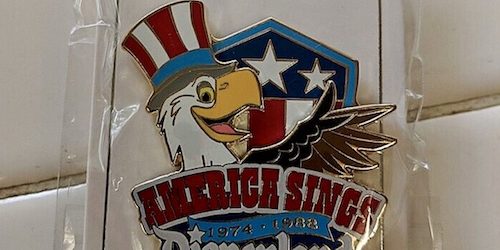 Here is a look at the America Sings Cast Member pin! It is limited edition of 600.

America Sings was an attraction at Disneyland from 1974 to 1988. It featured audio animatronics animals that sung songs from various periods in America’s musical history.