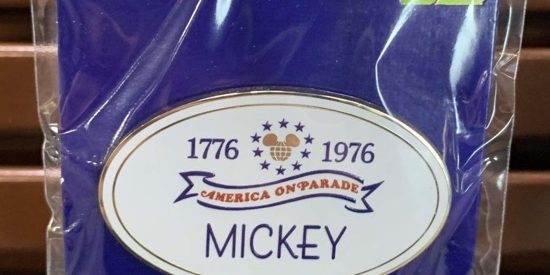 This pin features Mickey’s Nametag and is themed to America on Parade, which happened during the 5th anniversary of WDW.

Previous releases in this series: