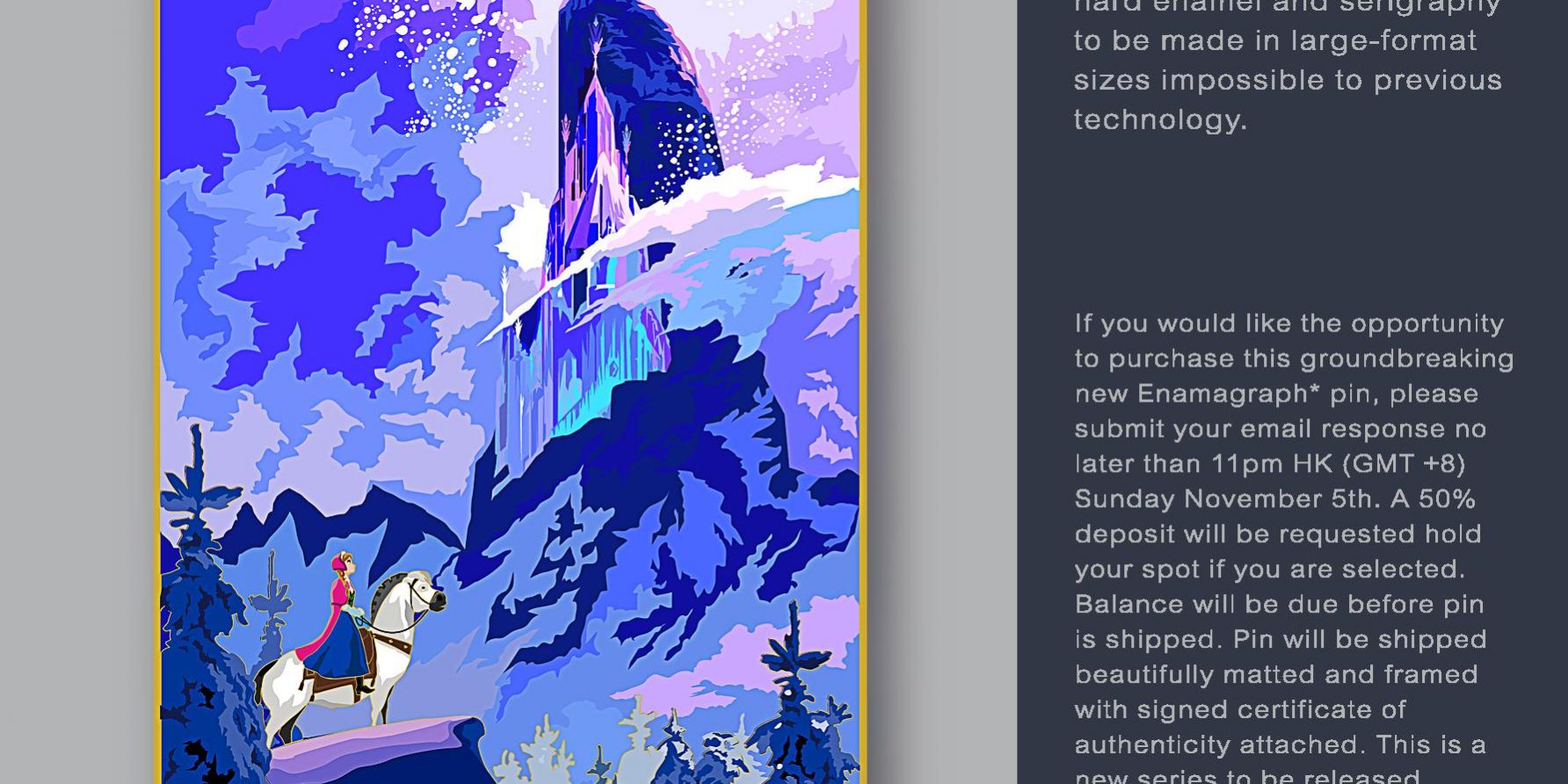 Here is a look at the limited edition ACME Archives October 2016 Disney pins from HotArt and ACME Shanghai! These were previewed at the October 9, 2016 PinCon World event in Hong Kong.

First, there are new limited release pins coming. These are a continuation of the LR Shanghai pins that were available for pre-purchase at the PinCon event in Orlando back in August 2016. 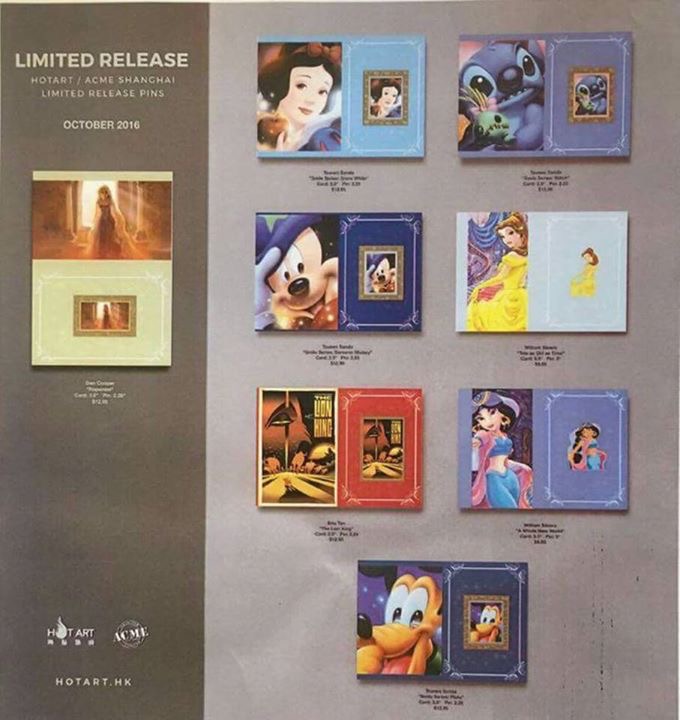 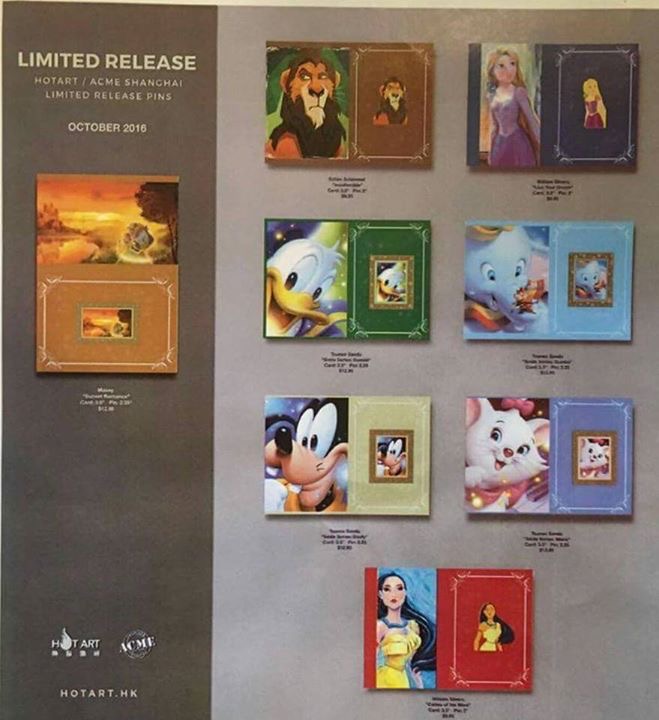 Next, a new release is coming to the Golden Magic series! These limited edition 300 pins are called “Golden Magic Classics” and feature five different pins. 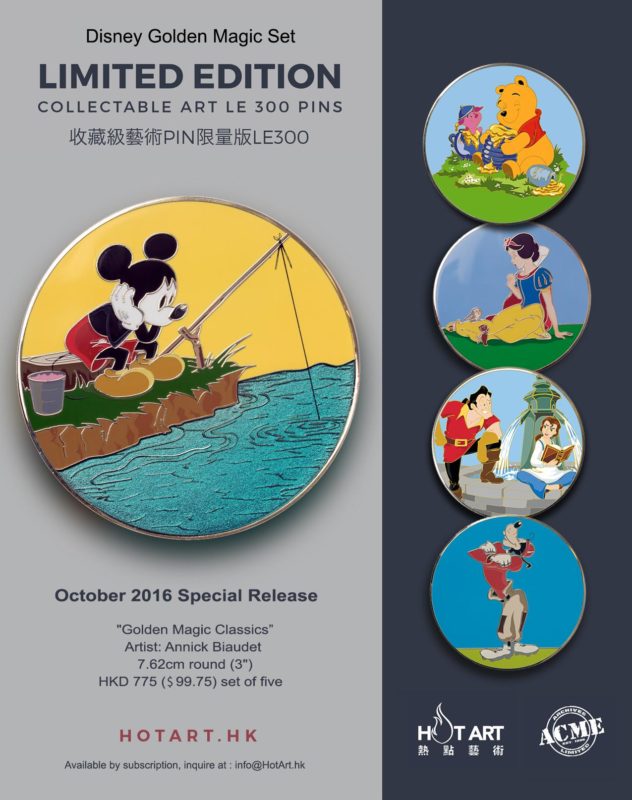 Finally, this beautiful new Frozen pin called “The Ice Palace” is coming in December 2016! It is limited edition of 50 and the retail price is $695. 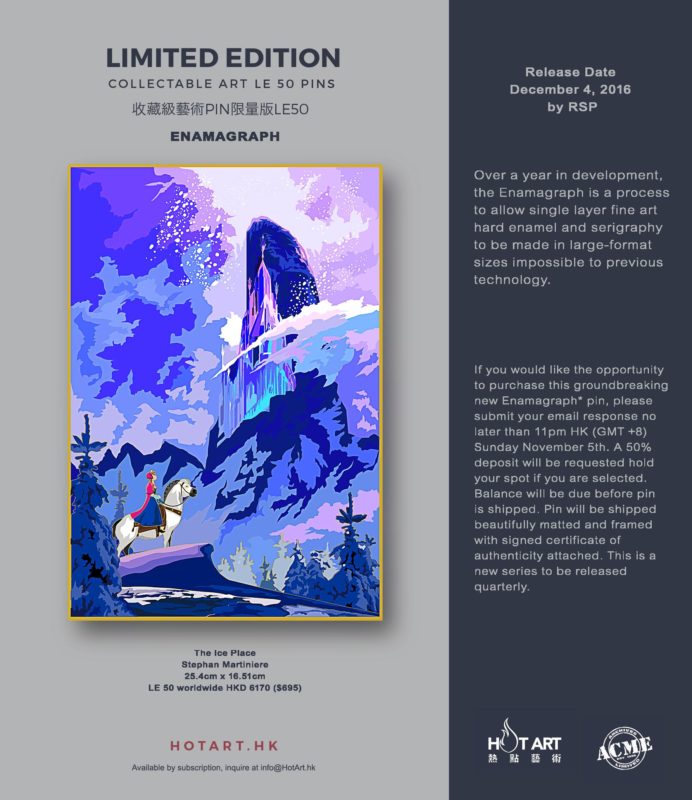 These superior quality pins are available at HotArt.hk and the Shanghai ACME Disney Store. They are designed by ACME Studio artists and are officially licensed by Disney.

Which pin is your favorite this month?