A New Icon for DHS 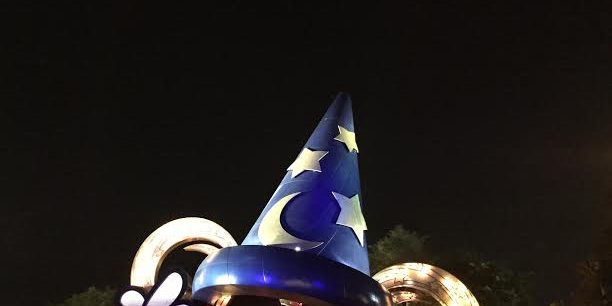 UPDATE: January 4, 2015 – The Sorcerer Hat removal at Disney’s Hollywood Studios will begin on January 7, 2015. The pin store will be relocated to Sunset Ranch on Sunset Blvd. 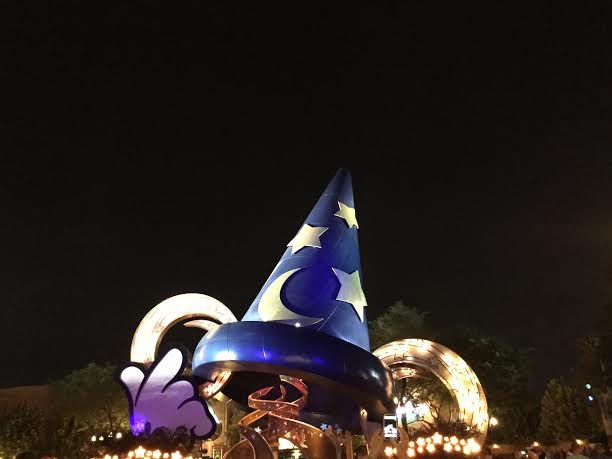 Since 2001, the big blue Sorcerer’s Hat has been a fixture at Disney’s Hollywood Studios.  Many people despise the hat, and quite a few people cannot imagine the Studios without the hat.  In fact, the hat has been present at the Studios for 14 years!  The whole park is 25 years old, so the hat has been there for quite some time.  All of this information is pertinent because Disney has recently announced that in 2015, the hat is going away.  Many fans rejoiced at the prospect of a hat-free entry way into DHS, but there are just as many fans who were saddened that this icon of the park is going away.  This is interesting because both sides of the argument have a valid case.  For some people, they have never known the Studios any other way, so the hat holds some special memories for them.  For others, they cannot wait to have the unobstructed view of the Chinese Theater returned.  It will be interesting to see what actually happens when the hat goes away. Will Disney build a permanent stage so that the temporary stage doesn’t have to be constructed every few months for special events?  We will have to wait and see! 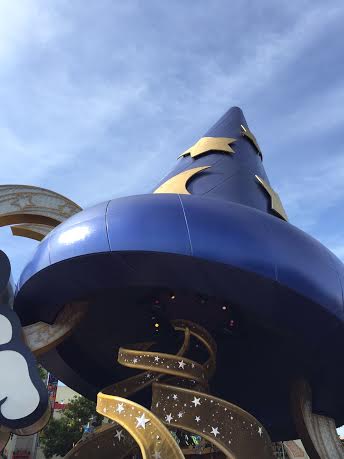 Let’s have a little hat history.  When the hat was first constructed, it acted as a way for guests to learn about Walt Disney’s life.  There were kiosks under the hat that provided trivia questions about Walt Disney because the hat was constructed to celebrate the 100 Years of Magic.  2001 would have marked Walt Disney’s 100th birthday. The hat was not meant to be permanent, just like the wand and the “2000” above Spaceship Earth was not meant to last longer than the 100 Years of Magic Celebration.  The wand eventually went away, but the hat has stayed.  Well, when the celebration ended, the kiosks went away, and a merchandise location opened under the hat.  This location is the prime Disney pin store in DHS. When the hat goes away, I really hope that Disney opens another pin location somewhere in the park because DHS does not have a dedicated pin store like the other parks have.  There are some stores on Sunset Blvd that could easily become pin locations.  Much of the merchandise is repeated in these stores, so it would be no great loss to have one of these stores become the major pin location at DHS. 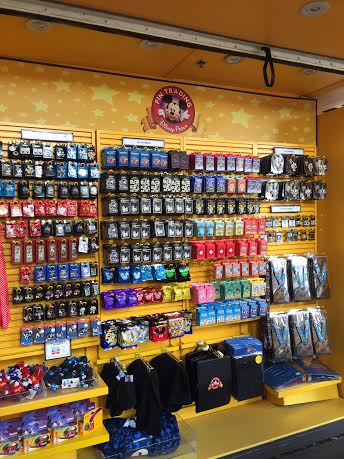 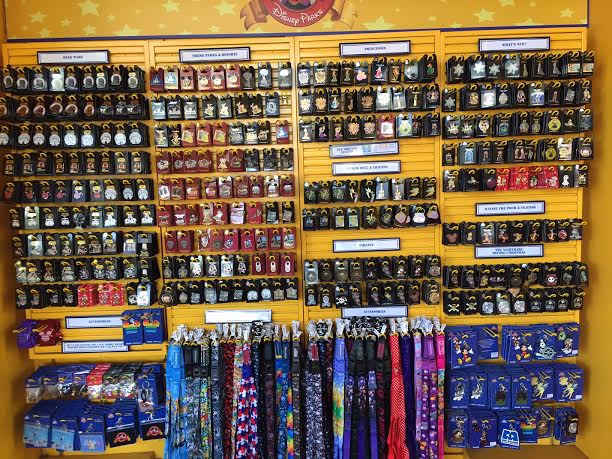 The hat’s removal is not the only change coming to the Studios. There have been many closures throughout the park, and there have been so many rumors about what is coming. Again, we will have to wait and see what the Disney Imagineers are going to do with the park that represents the Hollywood that never was but always will be.