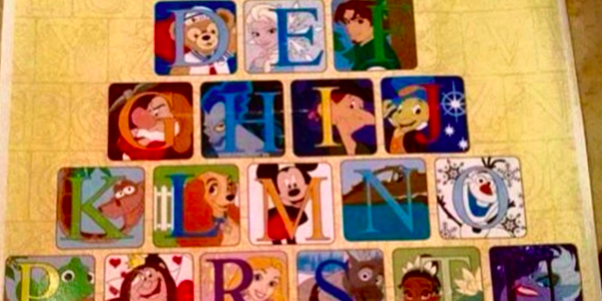 The new Disney alphabet mystery pin collection was released at Disney Parks in January 2015. This pin set was very popular and there are reports that it is already sold out. 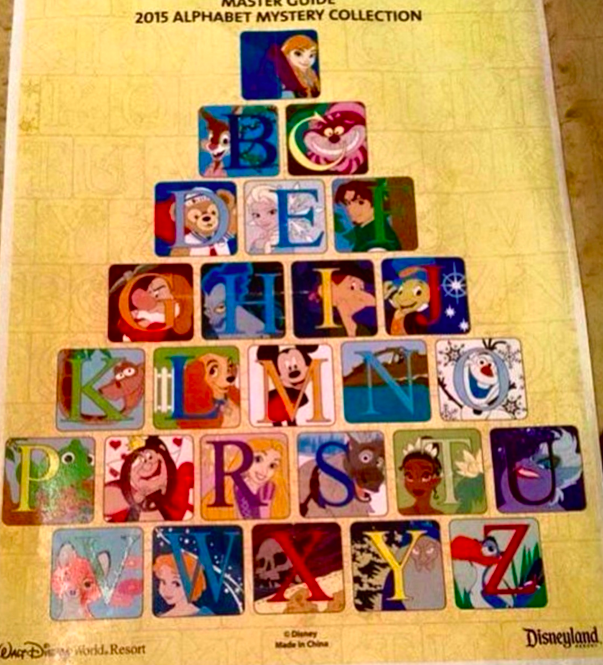 This is a Disney Parks collection which means it was released at Disneyland® and Walt Disney World® Resorts. I mainly heard of pin traders finding it at Disneyland and Disney California Adventure Parks though.

Here is a picture of the mystery pin box, front and back: 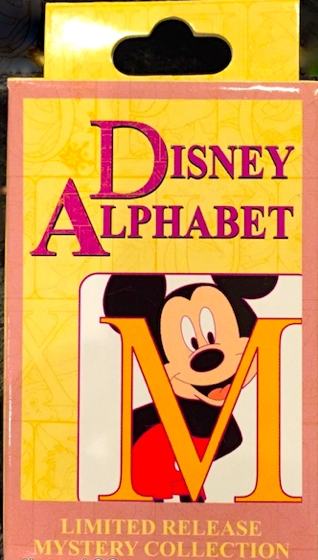 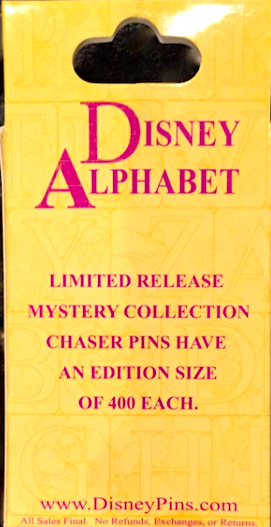 I noticed a lot of pin traders were trying to find pins of the letters to complete their name. It’s a great idea if you don’t want to complete the whole set! So, if you want to collect these pins, you will probably have to search on eBay or check forums, pin groups or Instagram to see if anyone is trading them.

Join Disney pin talk in our Forums if you were one of the lucky ones to purchase this mystery pin box at the parks!